The report follows the group’s release of its Dear White American Theater letter on June 8, 2020, signed by more than 300 BIPOC (Black, Indigenous, and People of Color) theater workers as well as the BIPOC Demands for White American Theater and Principles for Building Anti-Racist Theater Systems released on July 8, 2020 — all three documents created by hundreds of BIPOC theater workers in 25 committees. 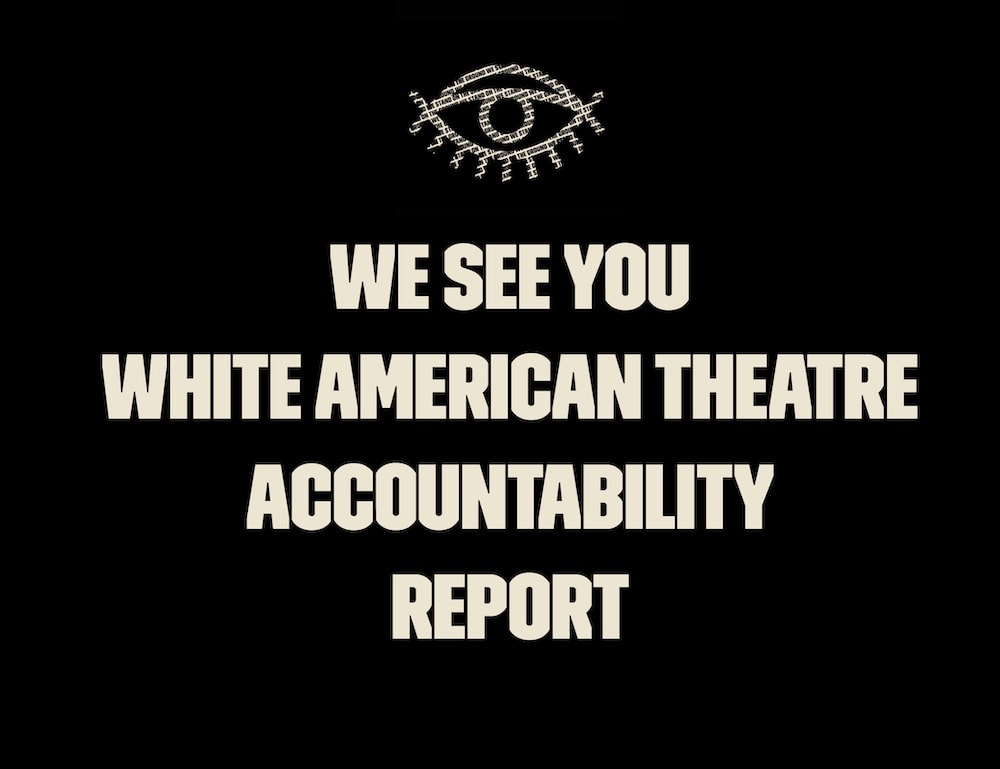 • “The petition for a more equitable American theater has gathered over 104,600 signatures to date.”

• “In the 7 months since the release of our Demands, there have been considerable actions in the industry toward equity, anti-racism and the dismantling of white-supremacy in the American theatre. What follows is a list of predominantly white institutions across the country, in varying sizes — theatres, training programs, talent organizations, PR offices, union locals, etc. They are responding to our Demands, communicating with us and/or publicly acknowledging the labor by WSYWAT and as a result are in various stages of their anti-racism journey.”

• “We are attaching a link to each institution’s statement, plan or pledge. Read them in their entirety on their websites. If these institutions are in your region, keep yourself updated and keep them accountable. These are their words — hold them to it.”

While the WSYWAT collective acknowledges that there is still more work ahead in the path to true racial equity in the American theater, it wants to acknowledge the actions that have been created as a direct result of the labor of hundreds of BIPOC theater workers who created the Demands and the BIPOC within the institutions on this list.

The collective also points out that the Broadway League still has not responded to the demands nor to any outreach that the collective has made since July 27, 2020.

More details can be found in the report, available free for download at www.weseeyouwat.com.

About We See You, White American Theater

In reaction to civil unrest in our country, we — Black, Indigenous, and People of Color (BIPOC) theatermakers — formed a collective of multigenerational, multidisciplinary, early-career, emerging and established artists, theater managers, executives, students, administrators, dramaturgs, and producers to address the scope and pervasiveness of anti-Blackness and racism in the American theater. Our response was to draft a strong testimonial letter, “Dear White American Theater,”  collectively crafted by theatermakers from across the country, exposing the indignities and racism that BIPOC, and in particular Black, theatermakers face on a day-to-day basis in the theater industry.

What began as a conversation between 3 theatermakers concerned about the devaluation and violence against Black bodies in the world quickly evolved into a Zoom call with 30 people, discussing the way racism and white supremacy have also shaped and corrupted our theater institutions, ranging from the universities to not-for-profit and commercial houses.

That 3 that became 30 then became a mighty 300+ of BIPOC theatermakers who added their signatures to our testimonial letter, demanding a more equitable and safe space for BIPOC communities in our nation and inside of the American Theater.

There is no leader of this body of like-minded theater creators, no one spokesperson. This is a broad collective built out of a deep love for the theater and a commitment to its evolution. We felt it was important that we come together as one voice, in order to amplify, protect, and support those who are most vulnerable and those who are emboldened to speak out, whether they are at the beginning of their careers or the very end. We recognize that some BIPOC in the collective occupy privileged places in this industry, however it does not mean that they are shielded or safe from the violence of racism.

Since our call to action 7:00 pm June 8, 2020, we have released the BIPOC Demands for White American Theater and the Principles of Building Anti-Racist Theater Systems created by hundreds of BIPOC in 25 committees. Over 104,500 signatories have signed a petition demanding substantive change in the American theater — that number continues to grow by the minute. This outpouring of support is a testament to the widespread and systemic problem of racism many BIPOC continue to face in their field.

A call for DMV theaters to report their progress addressing the BIPOC demands.