A star-studded online reading of the new best-selling illustrated children’s book Broadway Baby, written by theater operator and producer Russell Miller (Guys & Dolls, Blood Brothers, Paramour, On The Town) with publisher and writer Judith A. Proffer, will be hosted by One Grand Books on Sunday, February 21, at 3 pm, and it’s sure to be a delight for the whole theater-loving family! 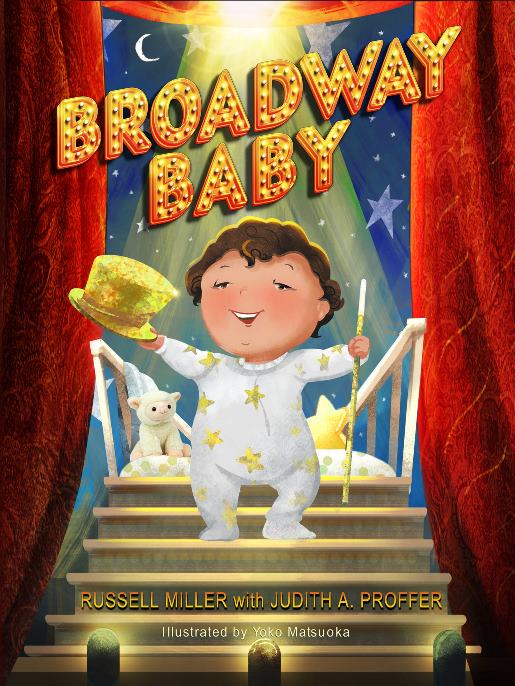 Released by Meteor 17 Books in 2020, Broadway Baby follows the colorful journey of a young NYC dreamer who was born to entertain from crib to playground to stage, in a celebration of the importance of theater and creativity. The book is beautifully illustrated by award-winning artist Yoko Matsuoka and designed by multi-award winning art director and graphic designer Hugh Syme.

In addition to Sunday’s special online event with One Grand Books, Miller has teamed up with Meteor 17 and CEO, Music & Media Producer, and Strategist Spencer Proffer to bring Broadway Baby to the greater marketplace, with toys, animation, and merchandise, as well as visibility across multiple digital platforms. For the latest updates, follow Broadway Baby on Facebook and Instagram, where you can read the glowing testimonials from the all-star cast, including Leung’s praise that the book is “a magical trip to the amazing world of Broadway for the kid in all of us” and Fontana’s personal recommendation that his “16-month-old daughter is a tough critic, and SHE LOVES THIS BOOK!” 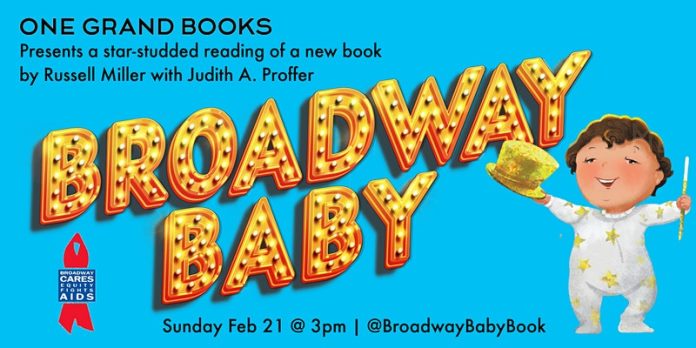 The virtual reading of Broadway Baby streams on Sunday, February 21, at 3 pm. For tickets, which are $25 and include an author-signed copy of the book (ISBN 978-1-7324491-9-0), go online. A portion of event proceeds will benefit Broadway Cares/Equity Fights AIDS.