As says the old English proverb – popularized by Jacobean playwright John Fletcher in his 1624 play A Wife for a Month – March is coming in like a lion this year, with two must-see events streaming on Monday, March 1. Each has a different start time, so you can watch both, and still have time for a dinner break between the two. 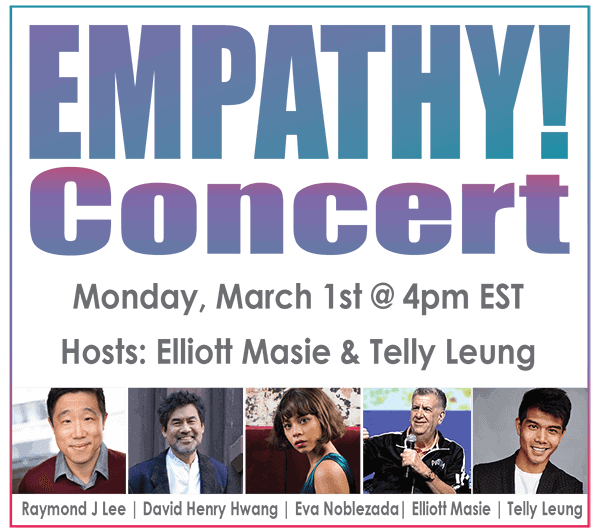 Up first, beginning at 4 pm, is the 29th Empathy Concert, with Asian American Broadway luminaries performing and discussing how we can confront fear and racism with empathy and understanding – a theme that is especially timely now, with the current increase in attacks on the Asian American community. The event is a co-presentation of MASIE Productions and The Learning COLLABORATIVE, as the latest installment in their mission to combine theater, engagement, technology, and learning in boundary-breaking projects with high social impact.

Leung explains, “Elliott Masie and I have co-hosted 28 of these Empathy concerts and conversations, and this upcoming event will be something that hits very close to home for me. We’ve invited some dear and accomplished members of the Asian Broadway community to shed light on the unsettling increase in hate crimes against Asians during the pandemic and explore ways we can use art and storytelling to create empathy. Empathy is our strongest weapon to combat ignorance, fear, and hate.”

The 29th Empathy Concert streams Monday, March 1, 4-5 pm, on Zoom. The free digital session has a limit of 3,000 live spaces. To reserve a space, go online. 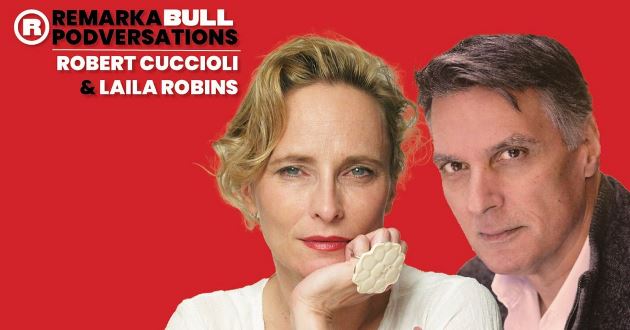 Since its founding in 2003, Off-Broadway’s Red Bull Theater has brought rarely seen classics to new life for contemporary audiences, with the Jacobean plays of Shakespeare and his contemporaries serving as its cornerstone. During the ongoing pandemic shutdown of live in-person performances, the company has shifted to a rich schedule of virtual programming, including RemarkaBULL Podversations – its signature series of informal online conversations that investigate approaches to essential passages from the Shakespearean and Jacobean canon.

The conversations continue with a new episode on Monday, March 1. Beginning at 7:30 pm, host Nathan Winkelstein (Red Bull’s Associate Artistic Director) will be joined by Tony nominee Robert Cuccioli (Jekyll & Hyde, Les Miserables) and award winner Laila Robins (Frozen, The Apple Family) for an exploration of Shakespeare’s Antony and Cleopatra, focused on the quarrel from Act I, Scene III (“I am sick and sullen”). The real-life couple will read the scene and discuss their approach to character development and romance on stage. They will then take questions from viewers, with a few individuals previously selected by Red Bull to appear online as part of the broadcast.

The RemarkaBULL Podversation with Robert Cuccioli and Laila Robins streams Monday, March 1, at 7:30 pm, on Red Bull Theater’s YouTube channel and Facebook page. Admission is pay what you can, but advance reservations are recommended. Upon registering, you will receive a reminder with a link to the event. Tax-deductible donations are encouraged to support the company and its programs.