As part of the NY PopsUp initiative, which began on February 20, with free public surprise performances across New York City and State, Governor Cuomo has announced that select Broadway theaters, beginning on April 2, with the Music Box on West 45th Street, will also open their doors to audiences for the first time since March 12, 2020, with a series of live indoor pop-up events. Following the year-long shutdown, these upcoming performances represent a major moment in New York’s recovery efforts and a significant step in the long process of getting tens of thousands of arts professionals back to work. 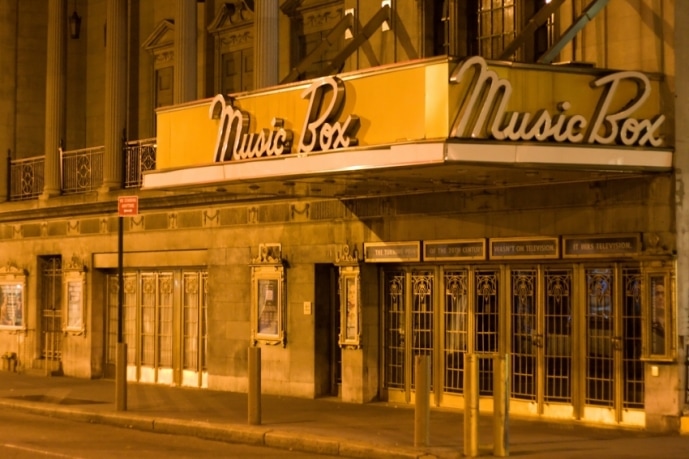 The New York State Department of Health (DOH) and NY PopsUp are collaborating with Broadway theater operators to create specific safety plans for each participating building, in advance of April’s first performances. This process will serve as Broadway’s own pilot program, designed to increase audience size over time as the DOH allows, and will put COVID-19 protocols into action as New York prepares for Broadway’s complete reopening. 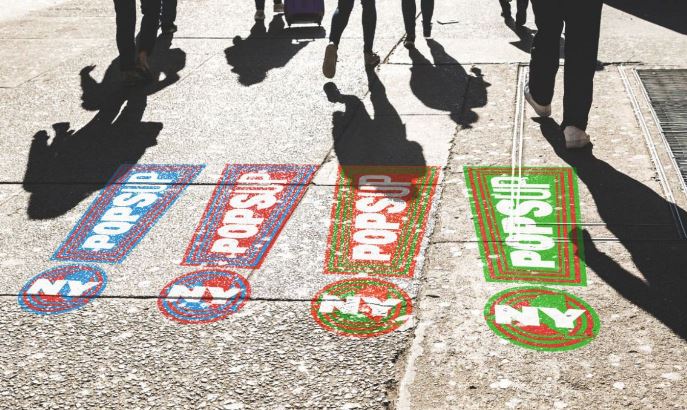 Among the so-called Flexible Venues ( or “Flex Venues”) – established performance spaces that are able to be adapted for social distancing guidelines – participating in the ongoing NY PopsUp events are such important off-Broadway culture hubs as The Apollo, Park Avenue Armory, St. Ann’s Warehouse, The SHED, Harlem Stage, La MaMa, National Black Theatre, and The Glimmerglass Festival’s Alice Busch Opera Theater. In addition, Lincoln Center is in the process of creating a new outdoor performing arts complex, “Restart Stages,” with a total of ten outdoor performance and rehearsal spaces, which is set to open on April 7.

According to the guidelines of New York State’s Department of Health, attendee capacity of any performance must be limited less than 33% of the maximum occupancy for the particular area, or 50 people, exclusive of performers, crew, and other staff who are necessary for the event. Effective April 2, 2021, the number of attendees may exceed the social gathering limit of 50 people, up to a maximum of 150 attendees, within a 33% maximum occupancy limit for the particular area, providing that all attendees receive an appropriate negative COVID-19 test result prior to the event.

In response to the reopening plans, Actors Equity Association – the labor union representing actors and stage managers in the theater – has released the following statement from Executive Director Mary McColl:

“As he wisely did when reopening restaurants, we hope that Governor Cuomo will again put workers first and prioritize getting members of the arts sector vaccinated. Much like workers in the restaurant industry, our members lack the ability to socially distance throughout their entire workdays, making vaccines critical for maintaining a safe workplace. We look forward to continuing to work with the state on reopening the live arts in a way that protects workers, as well as the audience.”