John Lyly’s Elizabethan pastoral comedy Gallathea, first performed for the Queen and her court at Greenwich Palace on New Year’s Day, 1588, provides the theme for two live online pay-what-you-can benefit readings this month with Off-Broadway’s Red Bull Theater. The first revisits Lyly’s original text; the second is a world-premiere presentation of a new play inspired by the classic. 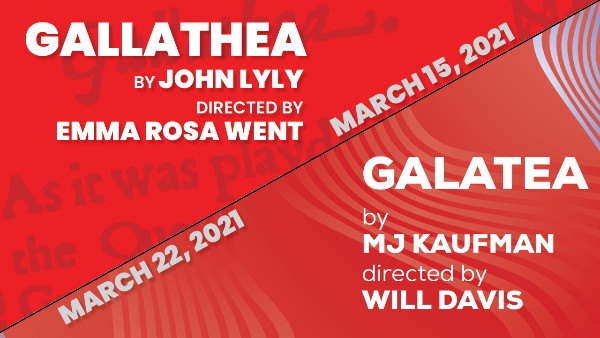 Lyly’s Gallathea is focused on metamorphosis and desire, in a queer love story set within the landscape of a classical myth. In order to avoid being sacrificed to the ancient sea god Neptune, who demands the village make an offering of its fairest virgin to him once every five years, the maidens Gallathea and Phillida are sent into the forest disguised as boys, where they meet and fall in love, unaware of each other’s secret gender identity.

When the work made its debut in 16th-century England, it was performed by a troupe of boy actors from the Children of St. Paul’s, who portrayed all of the characters – including Greek deities, nymphs, fairies, and shepherds – both male and female, as was customary at the time. The playwright capitalized on the heightened comedic possibilities of that practice, as well as on the playful humor of the characters’ gender confusion (though known to the audience) and the ultimate joy in yielding to love, which is infallible and conquers all (in keeping with the ancient Roman poet Virgil’s famous sentiment, “Omnia vincit amor: et nos cedamus amori”). 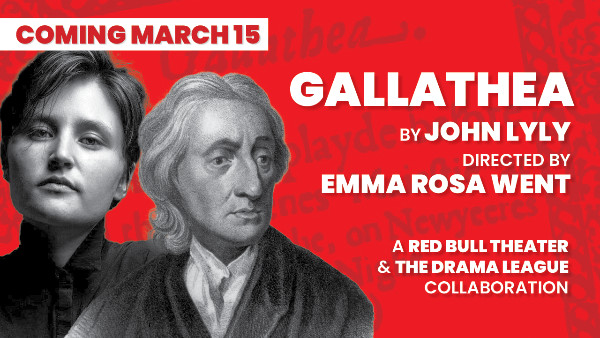 In partnership with The Drama League, Red Bull offers a contemporary take on Gallathea, reclaimed for our current times, by Emma Rosa Went – a freelance theater director and 2020 Drama League Classical Directing Fellow with Red Bull Theater (which immerses a director in the life of a company working in the classical canon and is designed to bring diverse voices into the productions). The reading, premiering live on Monday March 15, at 7:30 pm, will feature the cast of Olivia Rose Barresi, Helen Cespedes, Nathaniel P. Claridad, Yonatan Gebeyehu, Amy Jo Jackson, Layla Khoshnoudi, Rami Margron, Christopher Michael McFarland, Jason O’Connell, Aneesh Sheth, David Ryan Smith, and Zo Tipp. Advance reservations are recommended. A recording of the livestream will be available until 7 pm, on Friday, March 19. 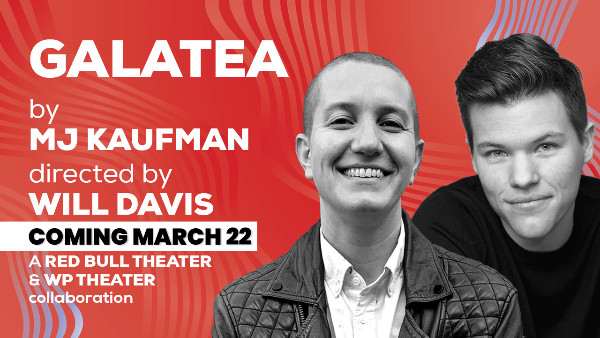 The following week, on Monday March 22, at 7:30 pm, Red Bull, in collaboration with WP Theater, presents the debut of Galatea, a new trans love story set against the backdrop of climate crisis by playwright, TV writer, and WP Playwrights Lab Alum MJ Kaufman. Loosely based on Lyly’s original work, the story follows the journey of two young women who, disguised as boys, escape from a village threatened with flooding to the nearby woods, where they fall in love. 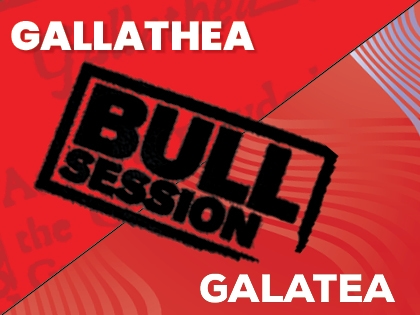 To supplement the readings, on Thursday, March 25, at 7:30 pm, Red Bull will host a free Bull Session: Gallathea/Galatea – a live interactive discussion on the plays and their themes with Kaufman, Davis, and Went, scholars Julie Crawford and Lauren Robertson, and members of the companies. Advanced registration is required for the enriching conversation, but, as with the readings, tax-deductible donations are welcome to support the work of the theater.