New York Governor Andrew Cuomo, New York City Mayor Bill de Blasio, the Broadway League, and Actors Equity Association (Equity) have all issued announcements that, based on current health trends and subject to continuing improvement of public health and vaccination rates, the reopening of Broadway is now scheduled for September 14, at 100% capacity, with ticket sales beginning today for Fall 2021 performances. 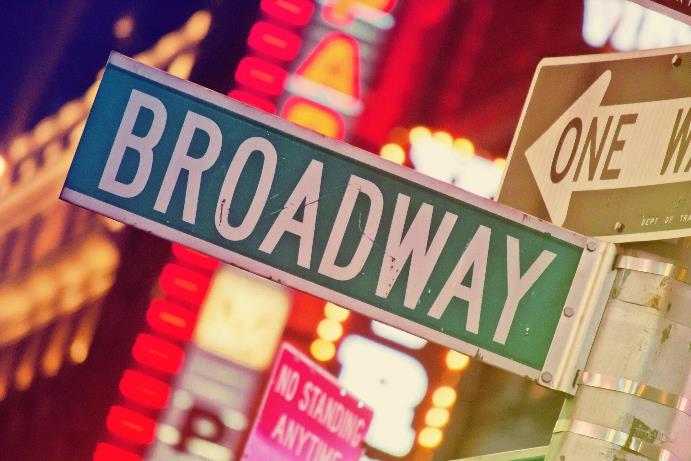 In adherence with all New York State COVID-19 safety protocols, masks and health screenings will be required of all members of the audience, cast, production team, and house staff, and theaters will observe the need for enhanced air filtration and ventilation systems, as well as rigorous cleaning and disinfection (subject to the state’s final approval of each individual theater). It has also been agreed that, if performances need to be postponed due to a decline in public health conditions, theaters will offer audience-friendly refunds and exchange policies.

In a press conference on Wednesday, May 5, Cuomo noted that “Broadway is at the core of our New York identity, and a big part of our economy which employs countless performers and show creators, and beginning this September, the show will go on. Visitors from all around the world have come to New York to experience the arts and culture and see iconic performances on Broadway, and sadly, the pandemic put this unique New York experience on pause. Thankfully, as we continue to monitor the data and reopen our economy, we are now on track to allow full capacity performances on Broadway to resume in September, bringing back this beloved world-famous attraction.”

Charlotte St. Martin, President of the Broadway League, responded: “We are thrilled that Governor Cuomo clearly recognizes the impact of Broadway’s return on the city and state’s economy and the complexity of restarting an entire industry that has been dormant for over a year. Nothing beats Broadway. The theater owners, producers, and other League members will continue to work with the NY State Department of Health and the Governor to coordinate the industry’s return and the related health and safety protocols required to do so. We remain cautiously optimistic about Broadway’s ability to resume performances this fall and are happy that fans can start buying tickets again.”

Equity Executive Director Mary McColl noted that the “news means we are one step closer to the safe reopening of not just Broadway, but jobs for thousands of workers in the New York area. We look forward to continuing our conversations with the Broadway League about a safe reopening and know that soon the time will come when members can go back to doing what they do best, creating world-class theater.”

Broadway performances were suspended due to COVID-19 on March 12, 2020. At that time, 31 productions were running, including eight new shows in previews, and an additional eight productions were in rehearsals preparing to open in the spring. The opening date and performance schedules for each returning and new production are expected in the coming weeks on a show-by-show basis. Among those that have already set the dates are the musical SIX, which will return to the Brooks Atkinson Theatre (following the shutdown of Broadway on its originally scheduled opening night of March 12, 2020),  with performances beginning on September 17, and an opening slated for October 3.

Theatergoers are encouraged to visit the Broadway League website for the latest information, and we will keep you updated here with important new announcements.