What began as a singular Fête de la Musique in Paris in 1982 has expanded to millions of musicians participating from more than 120 countries on five continents. Each year on the first day of summer, communities around the world come together to celebrate music with free outdoor concerts.

Visit operalafayette.org/calendar/fdlm21 for a complete lineup and access information.

Join us virtually at the Tregaron Conservancy, a hidden idyll in Northwest Washington, DC, for the music of Bach’s Cello Suite performed for Opera Lafayette by Thomas Dunford, lute.

Filmed in the historic Edvard Grieg house in Leipzig, this recital features works by Henry Purcell and Benjamin Britten.

11:00 A.M. — Premiere of The Making of: The Blacksmith Documentary

Behind-the-scenes look at how this critically-acclaimed production during the COVID-19 global pandemic was brought to a live audience on a ranch in Colorado.

A modern premiere adapted and translated from an 18th-century French opéra comique composed by François-André Danican Philidor in 1761 to the late 19th-century American West.

1:00 P.M.— From the Opera Lafayette Archives

Recorded live for Opera Lafayette at the Fondation Singer-Polignac, featuring the music by Couperin, Rameau, Forqueray.

5:00 P.M. — Excerpts from In Search of Lost Time: A Performance of French Airs, Chansons and Chamber Music from Rameau to Roussel

7:00 P.M — Excerpts from Lamentation to Liberation: A Journey from Sorrow to Joy in 17th Century Italy

Opera Lafayette is the preeminent American interpreter and producer of period-instrument opera from the 17th through the 19th centuries and an international leader in this repertoire. Based on meticulous research and the creation of modern performing editions, the company’s compelling performances and recordings of rediscovered gems and historical masterpieces highlight the works’ original appeal and introduce a new generation to their contemporary relevance. 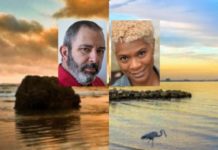