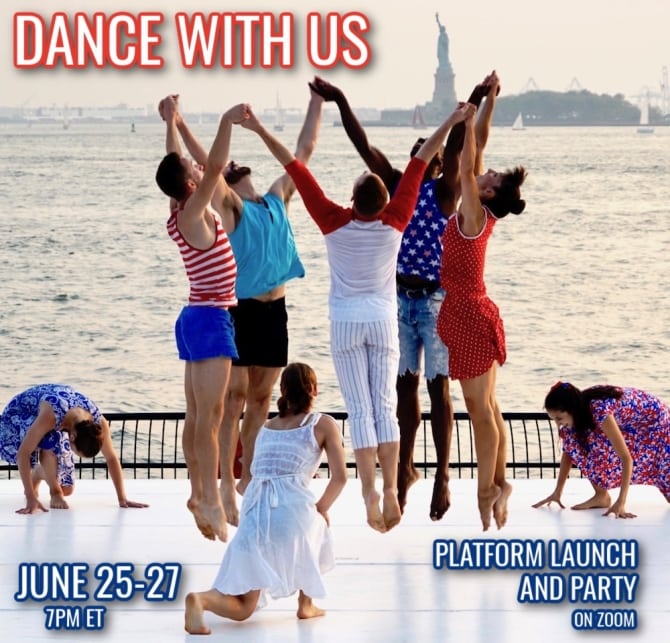 The mission of the multi-faceted project is to explain ways to view and to speak about dance, utilizing performance and studio footage to demystify concert dance by teaching fundamental concepts of the art form. The free digital resource will be distributed widely, to channels, institutional libraries, public and private schools (K-12 and higher education), and cultural organizations, contributing to the Open Educational Resources movement (OER), with a commitment to equity, inclusion, and accessibility.

“Contemporary dance has been seeping more and more into the mainstream culture for decades, enhanced with the advent of shows such as So You Think You Can Dance and Dancing with The Stars. With the proliferation of dance online, increased exponentially during the pandemic, more people are arguably seeing contemporary dance than ever,” said Gwirtzman. “The ubiquity of dance on film, finding more currency in popular culture, is not going to change. This platform gives everyone, regardless of their exposure to dance, tools to use to speak about dance, encouraging them to understand their viewpoint is as valid as that of an ‘expert.’ At this moment when there is so much dance to see, this platform seeks to serve as a how-to primer.”

Highlights of the free interactive kick-off program, mixing discussions and dancing, include a pre-event slideshow of 200 Company photos beginning at 6:45 pm; the two-minute ensemble film Amuse-Bouche: Parade; a guided virtual walking tour of the website and the library’s archive of dance films and performances documenting the Company’s history; excerpts of pedagogical films; and a sneak peek at six new upcoming dance films that will debut monthly through the end of 2021.

The launch will also feature the world premieres of three new dance films produced during the pandemic: Willow, set to Scott Joplin’s “Weeping Willow” and inspired by the transformative process of a tree; Dollhouse, a series of vignettes set to a fast-paced version of Gershwin’s “I Got Rhythm” (played by pianist Jonny May) and filmed in an eccentric interior where dolls come to life; and The Fantasyland Project, a collaboration between choreographer Gwirtzman and a cast of sixteen dancers, investigating the notion of fantasy through a range of lenses.

Each livestream will conclude with an interactive half-hour open-forum discussion from 8-8:30 pm, in which viewers can engage directly with the Company, and a 30-minute interactive after-party from 8:30-9 pm, with Gwirtzman and that evening’s special guest teaching an array of easy-to-learn social dances. Daniel and Dante, the dynamic DJ team known as D and D, will serve as the party’s co-hosts.

Dance With Us is free, with advance registration requested; to RSVP, go online. Donations are accepted via the company’s PayPal Giving Fund, with 100% of contributions supporting the non-profit. For a preview, watch the trailer below: