In December 2020, Feinstein’s/54 Below launched its pandemic-time virtual series 54 Below Premieres, featuring online streams of all-new concerts in cinematic five-camera HD shoots for in-home screens, with Broadway Princess Holiday Party, followed by Norm Lewis: Christmastime Is Here! (which received a NY Emmy Nomination), Sondheim Unplugged, Jeremy Jordan: Carry On, and a concert by Marilyn Maye. Last month, the popular nightclub reopened with live shows for in-house audiences, adhering to COVID-19 safety protocol. Now, the venue has just announced the debut of Live from Feinstein’s/54 Below, a new livestream series of real-time performances direct from its stage, giving audiences the option of attending in person or watching from home. 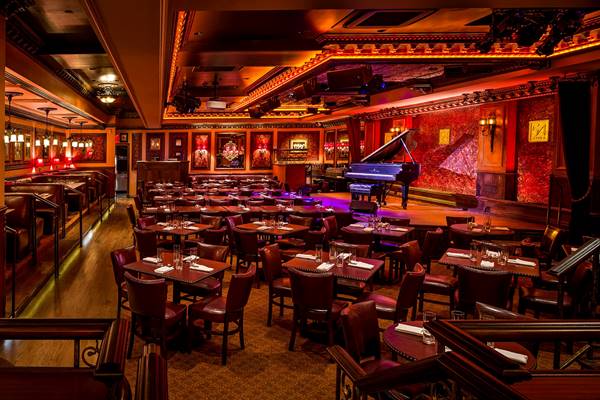 The new series was designed to make more shows accessible to fans from across the globe. To recreate the live experience, all shows will be presented exclusively for one-night-only, at the time of their performance before an in-house audience, and will not be available on demand afterwards. It kicks off with Andrew Barth Feldman’s Park Map, livestreamed on July 11, at 7 pm – the final evening of the show’s run, following four sold-out performances.

For his return to the famed club, stage and screen star Andrew Barth Feldman (Dear Evan Hansen; Ratatouille: The TikTok Musical; High School Musical: The Musical: The Series) showcases not only his expressive songs and vocals, but also his unmatched expertise on the Disney Parks. The concert humorously details their history, while exploring Andrew’s own increasingly complex relationship with the most magical place on earth. Directed by Marc Tumminelli with music direction by Jon Balcourt, Park Map will feature various musical styles, a selection of songs Andrew has written, and what he describes as “possibly too much discussion about Superstar Limo.”

The stream comes on the release weekend of Feldman’s debut single “Every Pretty Girl” (available on all popular streaming platforms on Thursday, July 8), which will be performed in the concert, along with three other original songs by the artist.

Andrew Barth Feldman’s Park Map streams live on Sunday, July 11, at 7 pm, from Feinstein’s/54 Below. Tickets are $12, and can be purchased online. Additional shows for both 54 Below Premieres and Live from Feinstein’s/54 Below will be announced at a later date. Ticketing and streaming services for the two series are provided by BroadwayWorld Events.