The world-premiere workshop engagement of The Last Boy in the Second Republic of SHKID, a new play with music by Steven Fisher, opened at Off-Broadway’s Theatre at St. Clement’s on July 10, with the hopes of a Broadway transfer after its debut run. The momentous work of historical fiction was inspired by the true story of survivor Sidney Taussig and his young roommates in Dorm Number One at Terezin. Originally a walled holiday resort for Czech nobility, located 30 miles north of Prague, the Nazis converted the retreat into a Jewish ghetto, concentration camp, and waystation for the transport of its detained Jews to Auschwitz and other extermination camps. 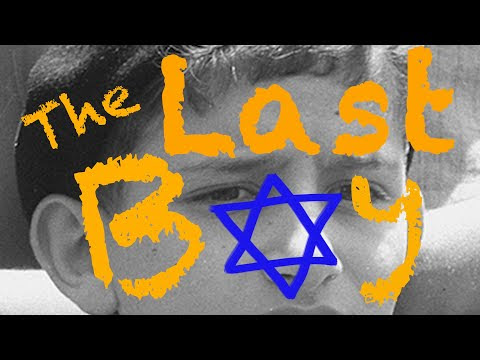 Used for propaganda purposes, the site was staged for Red Cross inspection under “Operation Embellishment” as a model self-administered “settlement” for Jews, where scholars, scientists, philosophers, and artists, some of whom were internationally renowned, contributed to the camp’s cultural life, in an effort to create a false perception that would fool the Allied Powers of WWII. The reality was that 140,000 people, including 15,000 children, were detained there under deplorable conditions, deliberately engineered by the Nazis to cause their premature deaths by disease and malnutrition, or sent to be murdered at the death camps. Among them were the boys of Dorm Number One.

Under the guidance of their “Dorm Dad,” who introduced them to the 1927 Russian novel The Republic of ShKID (about street boys in a state-run orphanage in St. Petersburg who invented their own self-government and magazine), the boys of Dorm One rebelled against Nazi control by surreptitiously creating the “Second Republic of Shkid” and the magazine Vedem (a Czech word meaning “in the lead” or “we are winning”), which was to become the longest-running underground “publication” of the Holocaust. Comprised of self-composed poems, prose, songs, and art, the writings and illustrations tell of the children’s heartrending experiences and hopes for survival and triumph.

At the end of the war, only the fifteen-year-old Taussig and more than 800 pages of Vedem, which he buried to hide from the Nazis, to preserve the boys’ works, and to expose the truth of Terezin, remained in the dorm. Now 91, Taussig – who, as a teen, was responsible for loading the bodies of the dead on the streets of the ghetto and bringing them by cart to the crematorium – can be seen here, 75 years later, reciting one of his poems:

Those hidden treasures provided the inspiration for Fisher’s drama, following his themed concert, in collaboration with Obie and Barrymore Award-winning director Whit MacLaughlin, performed at Philadelphia’s National Museum of American Jewish History on June 1, 2019, by the young members of Philadelphia’s Keystone State Boychoir. On a visit to Terezin in 2016, Fisher, who was there planning the group’s upcoming European tour, came upon a book by Marie Rut Krizkova, Kurt Jiri Kotouc, and Zdenek Ornest called We Are Children Just the Same; Vedem, the Secret Magazine by the Boys of Terezín. He immediately became dedicated to honoring Taussig (whom he contacted) and the other boys of Dorm One.

The National Museum of American Jewish History is a benefiting partner of the Off-Broadway production, with a portion of ticket proceeds being donated in memory of founding Board Chair Ronald Rubin, and the work is dedicated to “Suzanne Cohn, and every child of the Holocaust, all of whom survive if we never forget.”

The characters and narrative, which represent composites of many real people and events, are performed by the cast of Micah Meyers, Lucian Zanes, Sergey Nagorney, Rosie Moss, Luca Tuana, Christopher Simcox, Finn O’Hara, Jackson Greenspan, Ethan Mathias, Dean Trevisani, Jaxon Baboulis, and Miles Wiedmann. They are supported by a three-piece orchestra composed of Jelena Cingara on piano, Denise Koncelik on accordion, and Daniel McCaffrey on violin, with a scenic design by Romello Huins, lighting by Ethan Saiewitz, props by Marianne Mele, and costumes by Matthew Lott.

“We’ve all missed live theater and history almost missed them,” noted Fisher, who also directs the show. “Come back to remember, because the boys are waiting to both break and mend your heart. You’ll find yourself immersed in a world imagined entirely by young people. Through their tenacity, you’ll witness liberation right before your eyes. You will shed a few tears, but you will laugh too, and most of all, you will hope.”

The Last Boy in the Second Republic of SHKID plays through Sunday, July 25, at the Theatre at St. Clements, 423 W. 46th Street, NYC. For tickets, which must be bought in pairs, go online.