Last night, Broadway’s historic New Amsterdam Theatre – built in 1902–03, and located at 214 West 42nd Street, in the center of Midtown Manhattan and the NYC Theater District – reopened with Live at the New Am. The benefit concert by Disney on Broadway for The Actors Fund (which has provided support to members of the entertainment industry throughout the pandemic) marked one of the first events on Broadway since the COVID-19 shutdown of theaters on March 12, 2020, and the first Broadway performance since then to hire actors who are members of Actors’ Equity Association (the national union for professional actors and stage managers).

You can enjoy pre-show photos of the star-studded opening by Marc J. Franklin and production shots of the concert by Mike Leonard here:

Fans have three more chances to see Live at the New Am, on Friday and Saturday, July 23-24, at 7:30 pm, and Sunday, July 25, at 2 pm. Assisted listening devices will be available for all performances; the Sunday matinee will feature live closed captioning, available on personal devices, as well as live ASL interpretation. 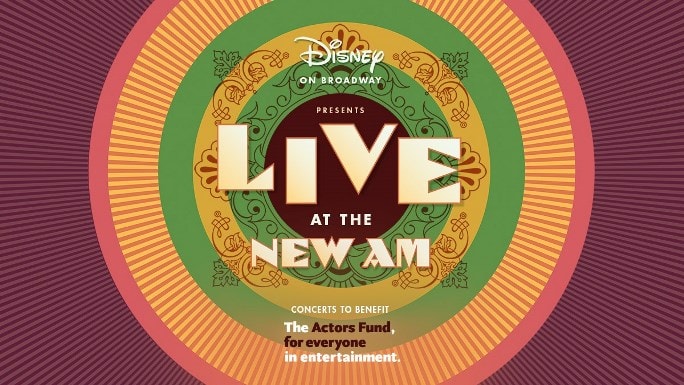 With the health and safety of guests, cast, musicians, and crew a top priority, all guests entering the theater will be required to provide proof of vaccination. Guests under the age of twelve must be accompanied by a vaccinated adult. For tickets, go online.