Playwright and director Richard Nelson’s Rhinebeck Panorama – a twelve-year series of a dozen plays following the lives of three families (the Apples, the Gabriels, and the Michaels) from the eponymous village in upstate New York – will conclude with What Happened?: The Michaels Abroad, beginning on August 28. The final world-premiere installment, produced by the Hunter Theater Project (a professional theater company launched in Fall 2018, and offering affordable tickets) will be presented at the Frederick Loewe Theater at Hunter College for a strictly limited engagement, with a very intimate audience configuration of only 74 per performance.

In this last episode of the cycle, it’s September 8, 2021, and viewers find the Michaels (first introduced to audiences in the fall of 2019, in the kitchen of their matriarch Rose – an acclaimed choreographer facing a battle with ovarian cancer) in Angers, France, where they’ve come together to attend a student dance festival. Leaving the isolation of the pandemic, and no longer feeling comfortable in Rhinebeck, the family, now without Rose, is once again in a kitchen, cooking, sharing a meal, and asking the questions, what just happened, and what now?

According to Gregory Mosher, Producer of the Hunter Theater Project, “There’s a special resonance to theatrical cycles by playwrights such as August Wilson, Eugene O’Neill, and Quiara Alegría’s Hudes, in which audiences experience more than each individual play, stand alone though they all certainly do. During the past decade, Nelson’s Apples, Gabriels, and now Michaels families have become part of the lives of theater-goers from around the world. As the Michaels and our audience alike emerge from the pandemic in this final play of the panorama, Nelson’s play explores both our sense of collective loss and a new beginning.”

The play runs approximately one hour and 50 minutes, without intermission. For those who have followed the Rhinebeck families from the beginning, this will be a must-see production and a farewell to the familiar characters and the real-time dinner conversations you’ve come to know and love, so be sure to book your seats soon. 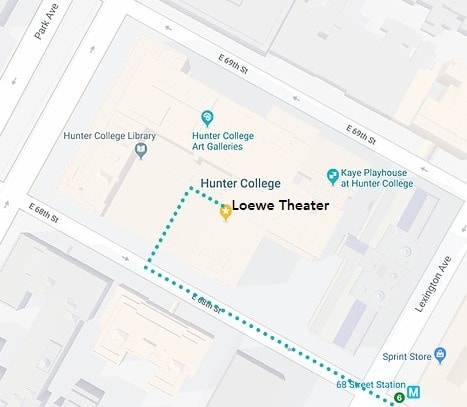 What Happened?: The Michaels Abroad plays August 28-October 8, at Hunter Theater Project, performing at the Frederick Loewe Theater at Hunter College, 119 East 68th Street, NYC. For tickets, go online. General admission is priced at $39.50, student tickets (with a valid ID) are $17.50 (including service charge), and there is a $5 discount for either ticket with a Hunter ID. All audience members must provide proof of completed vaccination (Excelsior Pass or Vax Card) upon arrival, and are required to wear masks at all times inside the venue.