With changing COVID guidelines and regulations, Keegan Theatre announced August 12, 2021, that it is adjusting its 25th Anniversary Season dates to keep patrons, artists, and staff safe: 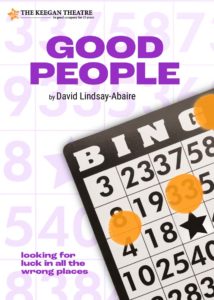 GOOD PEOPLE — previously announced to run August 28 to September 25 — will be on stage from Friday, September 10 to Sunday, October 3, 2021

Keegan moved the opening of David Lindsay-Abaire’s Good People to give time to prepare policies and procedures that comply with all COVID safety guidelines and regulations. Following the September 12 matinee, the audience is invited to a moderated talkback with the cast and creative team behind Good People. After the September 19 matinee, the organization Challenging Racism will lead a post-show discussion on “The Intersection of Race & Class” to build on the themes in Good People and to enrich the audience’s appreciation of the play’s message.

More information about Keegan’s updated policies and procedures, including its vaccine requirement for all audiences attending live public performances, is on its Health & Safety page. See the updated performance calendar on the show pages.

2021-22 season to feature regional and world premieres, new play development, and a summer repertory for families

This season will also mark the the company’s first time partnering with the Arlington-based organization Challenging Racism to support education on the prevalence of discrimination and provide tools to challenge hatred. In addition to leading anti-racism workshops with Keegan staff and Board of the Directors, Challenging Racism is partnering with Keegan all season long to provide behind-the-scenes support and education around issues of race (as they arise in the plays themselves) and in the room where the art is made, as well as working with Keegan to create audience enrichment and education opportunities, from talkbacks to dramaturgical and other educational materials, in conjunction with each production.

To ensure the safety of artists, staff, and audience members, Keegan will follow all federal and DC regulations. Precautions will be shared on the website, and rigorously enforced as the District, and nation, navigate the coronavirus pandemic, because we are committed to the safety of all who work here and come to see our shows. Subscriptions and updates on the upcoming season are available at www.keegantheatre.com.

Pulitzer Prize-winning playwright David Lindsay-Abaire’s comedy Good People is a compelling and comedic examination of class and the divides it creates in a community of hardworking South Boston friends. A Tony Award nominee for Best Play, Good People looks into the struggles of its characters and reminds us that kindness comes at the most surprising moments and from unexpected sources.

Single mother Margie Walsh, a lifelong South Boston resident, is fired from her dollar store job, leaving her and her adult disabled daughter Joyce one paycheck away from desperate straits. Will crashing a party at the upscale Chestnut Hill neighborhood introduce her to potential employers, or will she embarrass herself in front of her ex-boyfriend, now a doctor, and his upper-class cronies.

Eugene O’Neill’s 1921 production The Emperor Jones was the first Broadway play to feature an integrated cast. Charles S. Gilpin’s portrayal of Emperor Brutus Jones was revelatory and made stars of both men. By 1926, O’Neill was a legend, and Gilpin was lost to history.

N explores the challenging relationship between the actor and the playwright as Gilpin struggles with O’Neill’s stereotypical character, demeaning dialogue, and use of the “N” word. Adrienne Earle Pender’s script encourages us to think about how we see the world, our differences, and art’s ability to ignite social change.

Keegan’s beloved holiday play An Irish Carol returns for its 11th season. This humorous and moving take on Dickens’ classic, told with a Celtic twist, has been a Keegan Theatre tradition for more than a decade. Join us this December for a variation on a holiday classic that The Washington Post calls “sweet and cheerfully profane.”

Through story and song, playwright Lisa Stephen Friday shares the autobiographical journey of her gender transition that sheds light on the basic human desire for self-actualization in a world obsessed with other-ness.

Trans Am features music by glam rock band Lisa Jackson & Girl Friday and is directed by Broadway’s Fred Berman. A new work commissioned by Keegan, Trans Am builds on the performance originated by Lisa Stephen Friday during her one-woman show, presented as part of Keegan’s Boiler Room Series Live. Lisa’s journey examines her childhood and experiences coming up and out as a musician in the early 2000s New York City rock scene. Trans Am is a unique, powerful, honest, funny, and hopeful rock musical that we are thrilled to bring to our stage.

Dipika Guha’s Yoga Play is a satirical critique of corporate culture, the search for authenticity, and the enlightenment industry. Guha’s script tackles the monetization of self-help and cultural appropriation; the soul of Yoga Play is a grounded character study with a comedic edge that will make you question what it takes to obtain authenticity in a world determined to sell wisdom.

Joan is hired to repair the reputation of a giant in the yoga apparel industry after a scandal brings down its CEO. She devises a plan so risky that it could make or break the company and her career and requires its CFO to go well beyond the call of duty.

Shakespeare In Love by Lee Hall – Regional Premiere
(adapted from the screenplay by Tom Stoppard and Marc Norman)
June 18-July 16, 2022

Based on the film that won seven Academy Awards, Shakespeare in Love was adapted for the stage by Tony Award winner Lee Hall. It’s a rollicking play with music that celebrates the Bard and playfully dramatizes the inspiration for Romeo and Juliet. Featuring dozens of actors and musicians, Shakespeare in Love is a sweeping romance that will have audiences laughing, rejoicing the beauty of theater, and falling head over heels for its star-crossed lovers.

Young William Shakespeare has writer’s block as the deadline for his new play looms. He finds his muse in Viola, a beautiful young woman who greatly admires his writing and is willing to defy social expectations and a royal decree to perform in his next production.

The Amazing Adventures of Dr. Wonderful (and Her Dog!) – Book and Lyrics by Lauren Gunderson – Music by Bree Lowdermilk – Regional Premiere for All Ages
June 18-July 16, 2022

This regional premiere is a family-friendly adventure that will delight and entertain curious-minded theatergoers of all ages. It encourages young minds to embrace science, technology, engineering, and math while keeping them entertained.

Dr. Wonderful and her dog bast-off into space and embark on an incredible musical journey to understand why the moon changes shape in the sky every night. The duo gathers clues to solve their lunar mystery with the power of curiosity.

Since its founding, Keegan Theatre has vigorously supported new works. In addition to producing more than twenty world premieres since opening in 1997, they’ve workshopped many original productions and played a critical role in the development of others. Keegan’s Boiler Room Series (BRS) amplifies those efforts by offering new artists, plays, and musicals a stage and support to promote the unique voices and creative minds driving DC theatre to new and unexpected places.

In May 2022, Keegan’s Boiler Room Series invites audiences to experience theater development in action through a series of new plays on their path from inspiration to stage. Events include staged readings with audience feedback, workshop sneak peeks, interviews with playwrights, and rehearsal sessions designed to bring the theatre process to the public. Boiler Room Series events will be presented live at Keegan Theatre and streamed online so audiences worldwide can experience working alongside writers and artists developing their ideas to their full potential.

The lineup will highlight two world premieres headed to the mainstage: a commissioned work by Boiler Room Series veteran Graziella Jackson, and a play for young audiences by Drew Anderson and Dwayne Lawson-Brown, who were behind the Helen Hayes nominated From Gumbo To Mumbo.  Audiences will also be treated to staged readings of exciting new works from previous Boiler Room Series seasons playwrights, including Priyanka Shetty, Jordan Ramirez Puckett, Shadia Hafiz, and Darren Donohue. 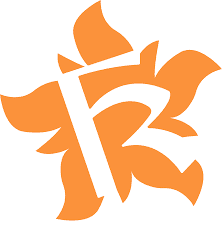 The Keegan Theatre’s mission is to take audiences to the vital heart of the theater experience: extraordinary artists in an intimate setting exploring the human condition. To foster connections and positive change in our community through vigorous, inclusive, empowering education and outreach. The Keegan Theatre believes that any open and honest exploration of the human condition requires active promotion of Equity, Diversity, Inclusion, and Anti-Racism.