Welcoming fully vaccinated patrons back for its 2021/22 season, Shakespeare Theatre Company today announced that single tickets are now available for sale at ShakespeareTheatre.org. Tickets prices range from $35 to $130.

“We know how much our audiences want to return to the theater. Just as we don’t always see the magic that happens offstage, there are enhanced safety policies and procedures in place so audiences can focus and enjoy what’s onstage,” said Executive Director CHRIS JENNINGS. “Shakespeare Theatre Company has worked with all the theaters in the region on a shared policy requiring patrons to show proof that they are fully vaccinated. At STC, all of our staff, actors, and anyone entering our spaces are fully vaccinated as well. We are so excited to welcome everyone back. ” 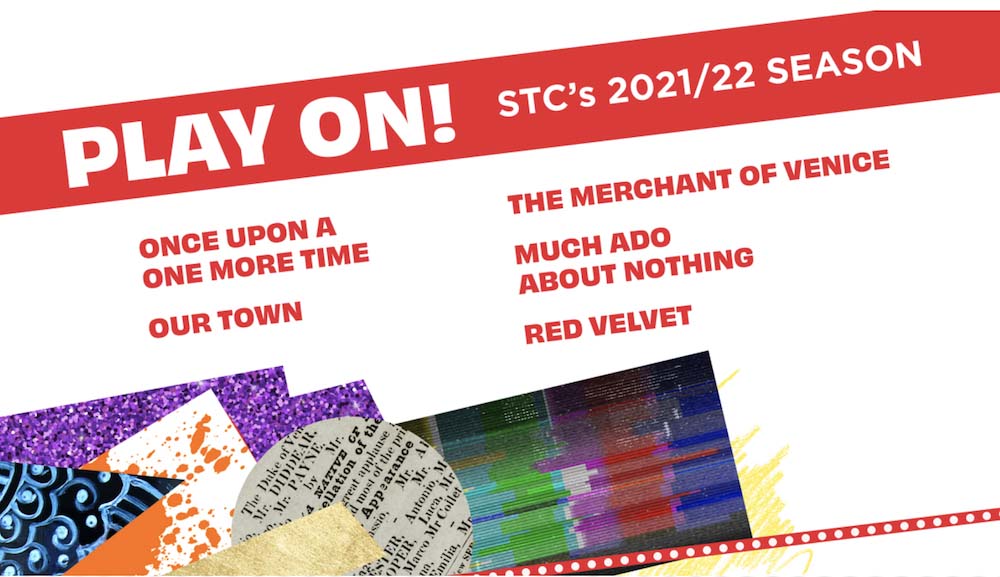 The season kicks off with the world premiere of the Broadway-bound musical ONCE UPON A ONE MORE TIME November 30, 2021–January 9, 2022, at Sidney Harman Hall. Directed and choreographed by internationally acclaimed Drama Desk–nominated artists KEONE and MARI MADRID (Beyond Babel, BTS, Justin Bieber’s “Love Yourself”), Once Upon a One More Time features an original story written by JON HARTMERE (bare, The Upside) and the music of Grammy Award winner BRITNEY SPEARS. Creative Consultation for the production is by five-time Tony Award nominee DAVID LEVEAUX (Nine; Romeo & Juliet on Broadway; NBC’s “Jesus Christ Superstar Live”). Casting will be announced soon.

STC Associate Artistic Director ALAN PAUL (Camelot) will direct Thornton Wilder’s OUR TOWN with a cast consisting of DC’s favorite actors. This gem of a play continues to fascinate and touch audiences who witness the lives and loves of the residents of Grover’s Corner. Our Town will be onstage February 17–March 20, 2022, at Sidney Harman Hall. 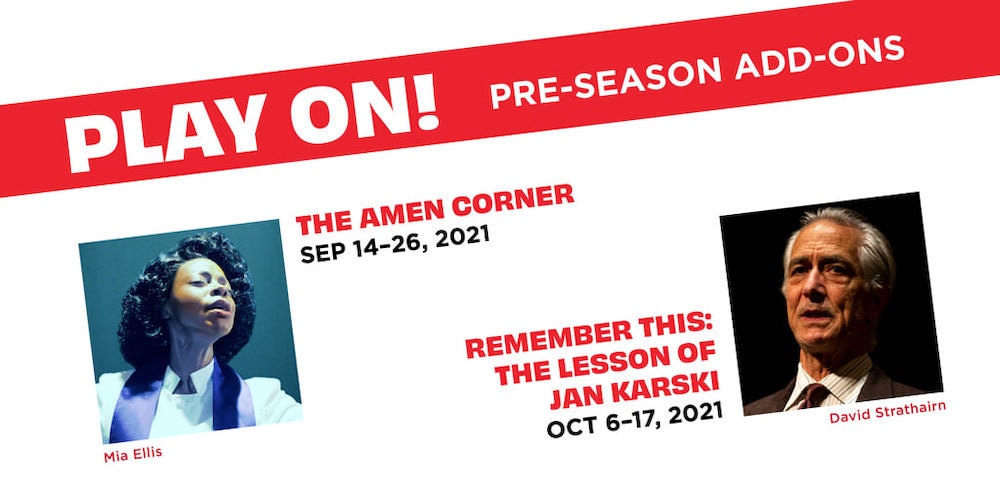 All dates, titles, and artists are subject to change. 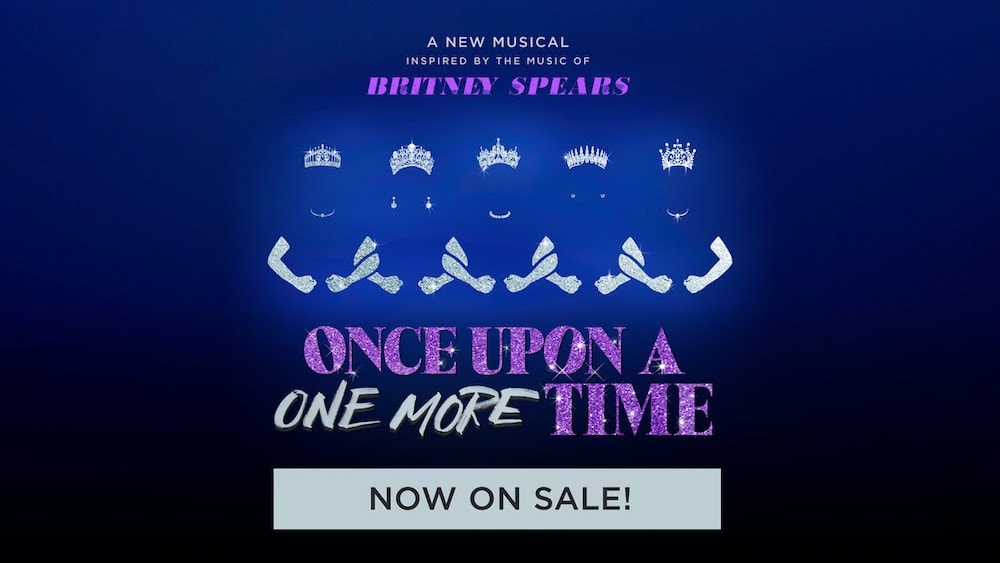 In this highly anticipated world premiere of the Broadway-bound musical, beloved classic fairytale princesses gather for their fortnightly book club, longing for a new story. When a rogue fairy godmother drops The Feminine Mystique into their corseted laps, it spurs a royal revelation: there is more to life than bird-made dresses and true love’s kiss! Powered by the chart-topping anthems of the Princess of Pop herself, Britney Spears – including “Oops!… I Did It Again,” “Lucky,” “Stronger,” and “Toxic” – Once Upon a One More Time sends audiences on a heartwarming and uproarious musical adventure about smashing the glass slipper and reclaiming your own happily ever after.

Thornton Wilder’s Pulitzer Prize-winning Our Town continues to leave audiences awestruck with wonder and a shared sense of our humanity. Guided by an amiable stage manager, the theatre becomes turn-of-the-century Grover’s Corners, where the occurrences of everyday life reveal universal truths about community and love, life and death. “A hauntingly beautiful play” (The New York Times), Our Town is both deeply allegorical and endlessly captivating. Directed by STC’s Associate Artistic Director Alan Paul (Camelot), Our Town will celebrate the artists who call the DMV-area home.

THE MERCHANT OF VENICE
By William Shakespeare
A Co-Production with Theatre for a New Audience
Directed by Arin Arbus
Michael R. Klein Theatre at the Lansburgh | MAR 22  – APR 17, 2022

Shakespeare’s remarkable exploration of justice returns to the nation’s capital, stoking the debate on what is right, what is fair, and what is lawful—and who gets to decide. Tony Award nominee John Douglas Thompson, “one of the most compelling classical stage actors of his generation” (The New York Times), will grace the stage as Shakespeare’s most enigmatic antihero, Shylock. Directed by Obie Award winner Arin Arbus, Shakespeare’s provocative problem play compels us to examine our own prejudices and the true nature of mercy.

MUCH ADO ABOUT NOTHING
By William Shakespeare
Directed by Simon Godwin
Sidney Harman Hall | APR 21 – MAY 22, 2022

The course of true love never did run smooth, especially when the ON AIR sign is lit. Shakespeare’s cherished romantic comedy lands in a cable newsroom, where sparring co-anchors Benedick and Beatrice trade barbs behind the news desk. Helmed by Artistic Director Simon Godwin (PBS’ Romeo & Juliet), “one of the most insightful and sensitive directors of Shakespeare today” (WhatsonStage), Much Ado About Nothing is the perfect blend of sparkling screwball comedy and romance.

London’s Theatre Royal, 1833. Theatre history is made when Ira Aldridge becomes the first Black actor to take the stage as Shakespeare’s Othello. As a bill promoting the abolition of slavery sends shockwaves through Parliament, how will London react to Aldridge’s groundbreaking performance? Director Jade King Carroll makes her STC debut with Lolita Chakrabarti’s “gripping, intelligent, and passionate” (The Financial Times) Red Velvet, celebrating a pioneering actor who triumphed in his art despite a tempest of social injustice.

“With the brilliant directorial conception of Whitney White“ (DC Theater Arts), James Baldwin’s The Amen Corner returns to Sidney Harman Hall to complete its original run. In a 1950s storefront church in Harlem, Pastor Margaret rails at her congregation and her teenaged son for their vices. Surrounded by “a choir of powerhouse singers” (The Washington Post) belting songs of redemption, Margaret must face the music herself when memories of her own troubled past return. See why The Amen Corner was praised as one of the best productions in 2020 by The Washington Post in this limited, two-week engagement.

In a tour-de-force solo performance, Academy Award nominee David Strathairn (Good Night, and Good Luck; Nomadland) portrays World War II hero and Holocaust witness Jan Karski, a messenger of truth who risked his life to carry his harrowing report from war-torn Poland to the Oval Office only to be disbelieved. Standing tall in the halls of power, Strathairn captures the remarkable life of the self-described “insignificant, little man” whose forgotten story of moral courage can still shake the conscience of the world.

This production was originally created by The Laboratory for Global Performance and Politics at Georgetown University.​

Recipient of the 2012 Regional Theatre Tony Award, STC’s mission is to create innovative productions that inspire dialogue and connect classic works to the modern human experience. The Company focuses on works with profound ideas, complex characters and poetic language written by Shakespeare and others—ambitious, enduring plays with universal themes—for all audiences. At this time of transition, the Company’s mission evolves with a three-year initiative to produce family-friendly theater during the holidays, and an expansion of the definition of “classic” to include playwrights previously excluded from the canon, with a renewed commitment to high-quality, exhilarating, inclusive theater.

A leader in arts education, STC has a dynamic range of initiatives that teach and excite learners of all ages, from school programs and adult acting classes to accessible community programming like play-relevant discussion series and the Free for All. For the past 27 years the Free For All program has offered an annual remount of a popular production completely free of charge to all audience members.

Located in downtown Washington, DC, STC performs in two theaters, the 451-seat Michael R. Klein Theatre at the Lansburgh and the 761-seat Sidney Harman Hall. In addition to STC productions appearing year-round, these spaces also accommodate presentations from outstanding local performing arts groups and nationally renowned organizations. The Company has been a fixture in the vibrant Penn Quarter neighborhood since 1992.