COVID-19 safety is paramount at Imagination Stage, where productions have fully vaccinated casts, everyone in the building age 2+ must wear a mask, and an updated HVAC system maximizes fresh, filtered outside air. Ticket holders ages 12 and older must provide proof of COVID-19 vaccination and, for ages 18 and older, photo ID for all performances. Starting with P.Nokio performances in February, those ages 5 to 11 will be included in this vaccination policy. Complete COVID-19 Safety Precautions are here.

“It will be an extraordinary pleasure to welcome children back to the theater,” says Producing Artistic Director Janet Stanford. She continues, “A children’s theater performance is a happy and hopeful place to be, but we anticipate even more wonder from our young audiences because of the long time since they have been able to be inside a theater like Imagination Stage. For some, it will be a much delayed first experience, and we want to catch them up on what they’ve missed.”

The season begins in mid-December with Corduroy, based on the Corduroy and A Pocket for Corduroy books by Don Freeman and adapted for the stage by Barry Kornhauser. The play, to be staged in the Lerner Family Theatre, is directed by Imagination Stage Associate Artistic Director, and Helen Hayes Award-winner, Kathryn Chase Bryer. The show finds the sweet spot between the story of the empathic little girl who falls in love with the stuffed bear, and the highly theatrical and laugh-out-loud clowning and masterful puppetry of the bear’s struggle to find its lost button. The cast is Jasmine Brooks, Ariana Caldwell, Matthew Pauli, and Alex Vernon. The creative team includes Scenic Designer Daniel Pinha, Costume Designer Frank Labovitz, Lighting Designer J. Mitchell Cronin, Sound Designer Justin Schmitz, Projections Designer Sarah Tundermann, and Movement Coordinator Mark Jaster.

Summer 2022 sees Mr. Popper’s Penguins in the Lerner Family Theatre. The musical has a book by Robert Kauzlaric, music and lyrics by George Howe, and is based on the novel by Richard and Florence Atwater. It features charming penguin puppetry and tells the story of characters who are following both their dreams and their convictions. Nathaniel Claridad directs, with cast and production team to be announced.

Two productions in the intimate Reeve Studio Theatre are for the youngest audiences: ages 1–5. For the past decade, Imagination Stage has been a national leader in Theatre for Very Young Audiences (TVYA), and this season both brings back a favorite show, Balloonacy, and introduces a brand-new show, Mother Goose. Mother Goose is the newest in a series of successful partnerships between Janet Stanford and Kathryn Chase Bryer, who are writing and directing.

Families can purchase subscription ticket packages, which offer discounts of up to 50% and are grouped by age. Purchase ticket packages at imaginationstage.org or by calling the box office at 301-280-1660. There will be four performances of Corduroy with socially distanced seating, even if Montgomery Country rules allow full capacity. Patrons may specifically select to attend one of these. Each show in the Lerner Family Theatre has an ASL-interpreted performance and a sensory-friendly performance.

Corduroy
Based on the Corduroy and A Pocket for Corduroy books by Don Freeman
Licensed by CBS Consumer Products
Adapted for the Stage by Barry Kornhauser
Directed by Kathryn Chase Bryer
December 11, 2021 – January 23, 2022
Best for ages 3+

We all need a friend, and Lisa is instantly drawn to the perfectly imperfect teddy bear on display at the department store. If only she can convince her stressed-out mother to buy Corduroy for her! Meanwhile, Corduroy is determined to find his missing button and become worthy of going to a real home. After the store has closed, he goes on a hilariously destructive search—with the Night Watchman in comical pursuit. Full of mischief and clowning, this story of unconditional love captures both the humanity and the merriment of the holiday season.

G.Petto is an ingenious computer games designer who one day discovers that his newest game character, P.Nokio, can live outside the computer! G.Petto is thrilled at the prospect of having a “son,” and with the help of the Graffiti Fairy, he teaches P.Nokio how to become a real boy. But P.Nokio falls in with con artists and finds himself in a web of lies that endangers his father. To save G.Petto, P.Nokio must wise up, keep it real, and learn that words and truth are the mightiest weapons of all. A completely contemporary, high-energy musical update of Pinocchio by the creator of Imagination Stage’s hit Zomo the Rabbit: A Hip-Hop Creation Myth.

Mr. Popper’s Penguins
Book by Robert Kauzlaric
Music and Lyrics by George Howe
Based on the novel by Richard and Florence Atwater
Directed by Nathanial P. Claridad
June 22 – August 7, 2022
Best for ages 3–10

Mr. Popper, a painter of modest means, dreams of taking an Antarctic adventure. So he’s thrilled when a penguin named Captain Cook waddles out of a mysterious box left on his doorstep. The zookeeper donates a female companion and soon…the patter of 20 baby penguin feet! To feed all of these mouths, the imaginative Mr. Popper and his wife turn his talented penguins into a must-see traveling vaudeville act full of song and dance. But the rigors of performing take a toll on them all, and they must make a difficult decision. This musical play, featuring expert puppetry, depicts a wild and witty way to follow your dreams–and your convictions.

A beautiful movement-based show that revisits the classic film The Red Balloon. Nothing can go right for the character of the old man, whose days are gray and dreary—until he is visited by a friendly red balloon. In the playful physical style of Charlie Chaplin and Buster Keaton, the old man—an adult version of the boy in the film—regains his youthful spirit, with the help of the red balloon!

A brand-new music-filled piece by the creators of Wake Up, Brother Bear and Mouse on the Move! Mother Goose leads the audience through some of her most beloved nursery rhymes, using puppets and props to bring to life Humpty Dumpty, Old King Cole, the Eensy Weensy Spider, and more. The magical Mother Goose invites your little ones to join in with each rhyme’s story—teaching them that the very best way to do what needs to be done is to do it together. 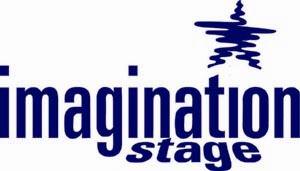 ABOUT IMAGINATION STAGE
Founded 41 years ago, Imagination Stage is a holistic theater arts organization for all children and youth. Through award-winning professional theater, arts education, and community-based theater programming, the organization helps children and young people develop a deep appreciation of theater arts while building a sense of self and social understanding. Based in Bethesda, MD, its programming serves children and families throughout the DMV.