I love a good Stanley Brothers–style bluegrass tune, so from the moment the ensemble stepped out onto the stage and hit a perfectly balanced, forceful wall of harmony in the opening number of Bright Star, I knew I was going to be in for something good. The musical, showing now through February 5 at the Little Theatre of Alexandria, is one of the most musically tight productions I’ve seen in a long, long time. From the superb blending of ensemble harmonies to the fantastic fiddle and banjo players, just barely visible from the audience, the music of Bright Star astounds and invigorates.

Paige Rammelkamp (music director) and Justin DeLong (assistant music director) clearly imbue their musical direction with heart and endurance, as all parts of the music begin and end with passion and precision. The Southern strings that make up the band are not easy instruments to learn or play, but Chuck Perryman (banjo), Patrick Constanzo (mandolin), Jason Labrador (fiddle), and the numerous other talented band members make it sound easy. The vocals are consistently clear and well-balanced across all roles in a show that consistently demands the most enthusiasm and emotion from every single person cast. All rise to this musical challenge, with energy to spare. Indeed, the greatest joy of the production is that as the plot unfolds, that musical power is front and center, making it easy to lose oneself in the story, just as EJ Jonas (director) seems to hope.

Bright Star tells the story of Alice, whom we witness first as a 16-year-old in her hometown in 1923, then again staring down events too traumatic and harsh for any age, and as a successful, if not cynical, grown woman in 1940s Asheville. The show’s present dissolves seamlessly into flashbacks that drift right back into the present as her story unfolds, showing us a young and carefree Alice and the older, wiser version of the character. At the same time, we witness the story of Billy, a young writer just come home from the frontlines of a world war, hopeful to continue on with his life and make a name for himself. Of course, Alice’s and Billy’s stories are revealed to be more reliant on each other than either would have believed. It’s a sweet concept, based on a true story that spawned a ballad far more sad than Bright Star.

Maura Lacy does wonderful work with Alice, differentiating her childlike excitement and charming rebelliousness from her more subdued yet no less sincere older counterpart. Though she stars in a big musical role not meant for the faint of heart or vocal cords, Lacy’s authenticity radiates throughout the theater in the quieter moments she finds for Alice in the play. Ashton Schaffer (Darryl) and Audrey Baker (Lucy) make the absolute most of their roles, stealing many a scene both as a duo and individually. There are some especially beautiful voices, and one harmony in “Another Round” that had me floored, but the show truly belongs to the ensemble, where the total commitment of each person in the cast really dazzles. Their rock-solid togetherness in music and choreography sets the tone for the show, and they do not let that fall throughout the entire runtime.

They are backed by outstanding technical design that, much like the ensemble, never falters in either act of the show. Costume design, hair and makeup, and props work together to help differentiate the different time periods but also blend expertly into the stories being created on the stage. Sound design is crisp, and the set builds a world apart from the reality of the theater, bringing rolling hills and coziness to the stage. I have to give extra praise to the lighting design by Jeffrey Scott Auerbach and Kimberly Crago, which, apart from being downright beautiful, was one of the only elements of the show that actually evoked Appalachia, sending the audience into the experience of a night spent by the creek or a sunlit morning in the mountains.

If there is a downside to the show, it’s the fault of the book itself rather than this production. There is much about Bright Star that feels disconnected from Appalachian life. This is not surprising, considering that neither of the writers of the show, Steve Martin and Edie Brickell, grew up in the mountains themselves. Although both are great lovers of bluegrass, as is reflected in the outstanding music, there are elements to that life I feel the show itself just doesn’t capture. That’s exactly why Bright Star works best as a jumping-off point. A place to begin, the first story in a line of many, many stories, waiting to be heard and explored by avid audience members.

And for that reason, everyone should go see it. You should see it if you love the world of Appalachia, bluegrass, banjo, and you should see it if you know nothing about the world of Appalachia, bluegrass, banjo. Go see it, then come away ready to dive into Appalachian life and culture in other ways. Go see it, then listen to Rhiannon Giddens talk about the African history of the banjo. Go see it, then read articles about difficulties and joys there from publications like Scalawag that address the intersections of race, economics, and queerness from Southern perspectives. Go see it, then find more bluegrass music you enjoy. Go see it, then try the ever-famous Dolly Parton’s America podcast. Listen to her talk about her childhood, if you find yourself missing Alice’s free spirit and youthful nerve. I already consume too much about all of it, and Bright Star still left me wanting more. 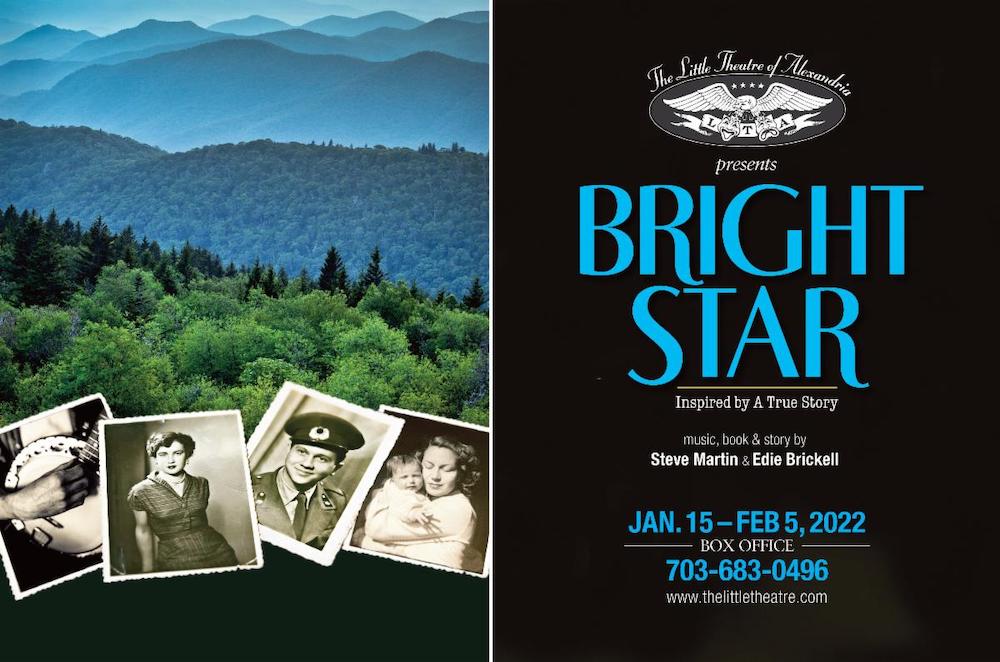