Let the music of New York keep you warm this week, with two terrific online events that you can stream at home without having to brave the freezing weather! 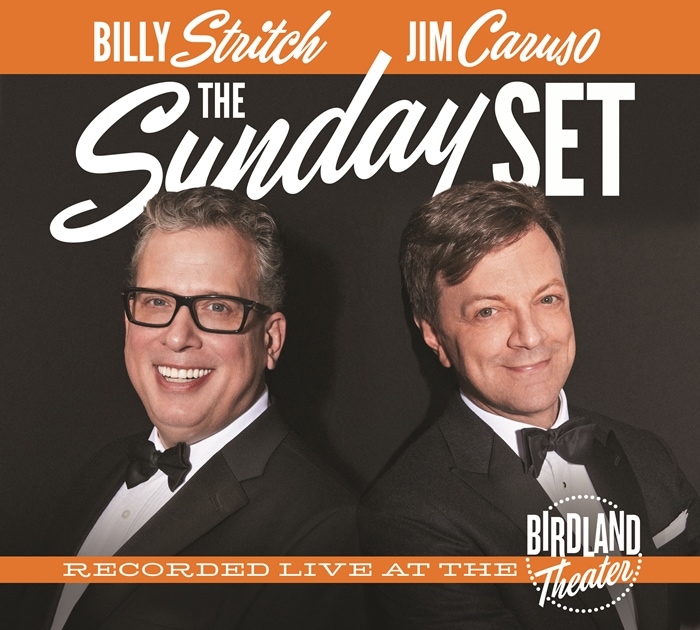 Just released by Club44 Records on Friday, January 21, The Sunday Set – an album of vintage favorites by the acclaimed duo of Billy Stritch and Jim Caruso that instantly zoomed to #4 on the iTunes Jazz Charts – will be presented and hosted by the two long-time collaborators in a virtual listening party on Tuesday, January 25, beginning at 7 pm. The songs, including such standards as “Lullaby of Birdland” and “42nd Street,” were recorded live, accompanied by bass player Steve Doyle, in a concert engagement at Birdland in February of 2019, before the pandemic hit.

Jim tells me, “This listening party just might have a fly-on-the-wall vibe . . . two old friends reminiscing, telling stories, and answering viewer questions! Billy and I have been BFFs for almost forty years, which we are both horrified to admit. But we’ve shared so many incredible experiences – our “salad days” in Texas nightclubs, moving to NYC around the same time, the ‘Liza Experience’ and subsequent world-tours, and the many, many, MANY nights cavorting at Birdland!  We’ve schlepped Cast Party all over the world, too, so you can imagine the brilliant talent we’ve been able to meet. Also other people! We remember it all, and we aren’t shy about naming names! And of course, we’ll discuss our new project The Sunday Set.”

The Sunday Set Listening Party streams on Tuesday, January 25, 7 pm, on the Cast Party Network on YouTube. Viewing is free and no reservations are required. 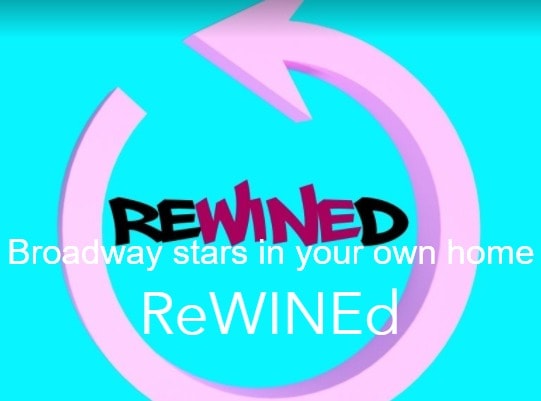 On Thursday, January 27, at 9:30 pm, Iconoclast Theatre Collective and David Treatman Creative will present a stream of The World to Come: The Songs of Fiveboro as part of the new digital ReWINEd series from The Green Room 42, giving audiences an opportunity to revisit popular shows that were previously staged at the club. First performed there live on October 25, 2021, the recorded concert features a selection of songs from the hit podcast series The World to Come, directed by Rachel Klein, with music, arrangements, and music direction by Andy Peterson, and lyrics by Erik Ransom.

According to Klein, “This concert was a truly magical experience! It was incredibly cathartic finally to be able to gather in celebration of the work that we built remotely during the quarantimes. I am so proud of my collaborators Erik Ransom and Andy Peterson, who are an endlessly brilliant writing team – they really outdid themselves with these songs. We are so grateful that a live audience was able to experience this amazing music, and that it was performed so beautifully by our powerhouse ensemble of singers and musicians.”

The World to Come: The Songs of Fiveboro streams on Thursday, January 27, at 9:30 pm, at The Green Room 42. For tickets, priced at $19, go online. A link will be emailed on the day of the performance.