He’s got the voice, the personality, and the look, together with a sincere passion for the songs he sings and a true appreciation for his audiences, and that all adds up to a fabulous night at Feinstein’s/54 Below with Tony and Grammy winner John Lloyd Young: Broadway’s Jersey Boy. His long-awaited concert and return to NYC, which had been postponed nearly two years by the pandemic, had adoring fans clapping, singing along, and smiling behind their masks (but you could read it in their eyes and attitudes) to his self-curated set list of eighteen vintage favorites from the ‘50s and ‘60s, which he performed to perfection with his signature vocal mastery and emotional expressiveness. It was an evening that was well worth the wait.

Accompanied by Music Director Tommy Faragher on piano and back-up vocals, the charismatic star of the stage and screen, internationally renowned for his lead role as Frankie Valli in both the original Broadway cast and the movie version of the quintessential jukebox musical Jersey Boys, interspersed the selection of classic rock ‘n’ roll, doo-wop, and R&B standards with his engaging personal commentary and fun facts about the songs, his connections to the artists who created and popularized them (including Little Anthony, Smokey Robinson, and, of course, Valli), his productive time during the pandemic (creating ten unique set lists and streaming different concerts every four to six weeks for his legions of devotees to enjoy online), and his gratitude to the enthusiastic house for coming out to see him. I think I can speak for everyone when I say that it was our pleasure.

Although, as a safety precaution against the threat of Omicron, he couldn’t circulate around the space of the intimate supper club for close-up mingling with his fans, Young did continuously interact with the crowd, making eye contact, pointing, waving, and addressing members of the audience directly, while moving and thrilling us with his heartfelt feelings, amusing repartee, extraordinary vocal range, and flawless falsetto. He also asked one person, seated near the stage, to pick one of his ten song lists out of a hat, to be performed the following evening. With all the possibilities in this game of “Set List Roulette,” you could return every night of the week-long run and see a different show each time, in addition to John Lloyd Young’s Broadway, presented both in person and livestreaming for one night only, on Saturday, January 29.

The opening-night performance – of his “Jukebox Hero” program – included Young’s stellar renditions, with arrangements by Faragher, of such unforgettable hits as Lou Christie’s up tempo “Lightnin’ Strikes” (which kicked off the show, with the singer taking the stage in dark glasses); The Five Satins’ “In the Still of the Night” (inviting the guys in the audience to join in on the falsetto verses, joking about how sexy women find it!); “Only the Lonely” by Roy Orbison (Frankie Valli’s biggest influence); Little Anthony’s “Hurt So Bad” (one of JLY’s own top picks); Smokey Robinson’s slower paced “Ooh Baby Baby” (for which he was seated); Mel Carter’s “Hold Me, Thrill Me, Kiss Me” (capturing the exuberance of the ’60s); the bravura “Cara Mia” by Jay and the Americans; and the Righteous Brothers’ blockbuster “Unchained Melody” (showcasing his phenomenal talent in his own personal favorite, with amazing breath control on the long notes and affecting empathy for the lyrics). Young took a short break from his astonishing vocal gymnastics to shine the spotlight on long-time friend and collaborator Faragher, who presented a stirringly soulful solo of Sam Cooke’s “Bring It on Home to Me.”

And no concert by the renowned ‘Jersey Boy’ would be complete without chart-toppers by Frankie Valli and The Four Seasons – from knock-out performances of “In the Still of the Night,” “Walk Like a Man,” “Can’t Take My Eyes Off You,” and “My Eyes Adored You,” to an encore medley of “Working My Way Back to You/Sherry,” to the appropriately ebullient  “December, 1963 (Oh, What a Night).” Oh, yes it was! 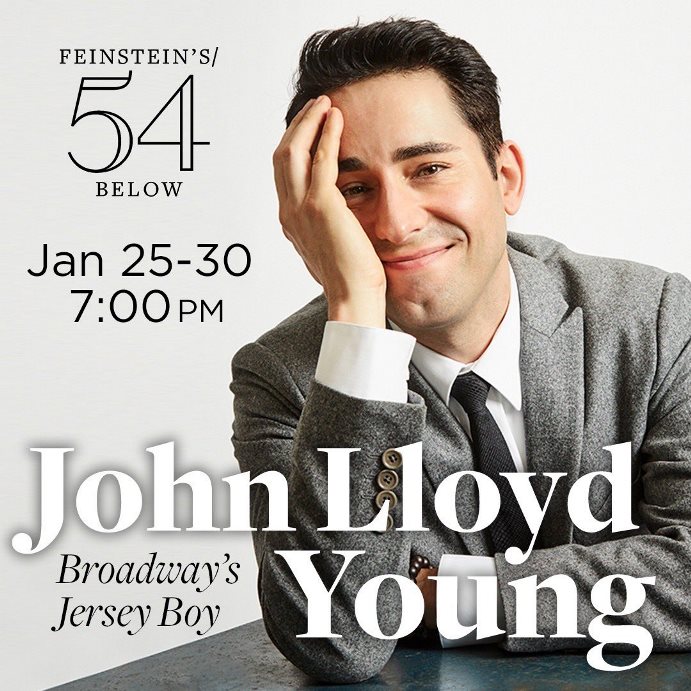