In DC, you can’t turn your head without seeing a sign for the National this or Capital that. So the National Capital New Play Festival, located just on the other side of Western Avenue at Bethesda’s Round House Theatre, sticks to the area’s nomenclature and announces the company’s ambitions.

The festival features two mainstage productions performed in repertory, a workshop reading series, and several panels now through May 8, 2022. Naysan Mojgani, Round House’s associate artist for literary and new plays, sat down with DC Theater Arts in the run-up to this exciting new development in the American theater, which has actually long been in the works.

How did the National Capital New Play Festival come about?

Naysan Mojgani: When our artistic director, Ryan Rilette, started at Round House [nine years ago], new work was a huge part of his vision for the company. That was a lot of his previous work in New Orleans [at Southern Rep] and Marin [Theatre Company]. A substantive new work program takes a lot of groundwork and preparation, but expanding our commissioning program and this festival was very much a long-term goal of Ryan’s. And, of course, this festival was originally planned in the “before times” to launch in 2021.

You also have a background in new works.

I went to grad school at UC San Diego, getting my Ph.D. alongside what I maintain is one of the best graduate playwriting programs in the country. So I’ve been enmeshed in the new-works world throughout my career. It’s a major part of what both Ryan and I are excited about.

Given the recent closure of The Lark in New York and Actors Theater of Louisville’s vague announcement about shifts to its storied Humana Festival, how would you characterize the state of new-play development, as well as Round House’s entry into that space?

It’s exciting for us as an institution to finally get things going in terms of the larger environment, though I wish it were under better circumstances. I’m always in favor of adding, not replacing. It’s a weird, hard time, but also exciting. I think we’re still trying to figure out what all this means for the industry and for new-play development as a whole.

Can you say more about that?

We’re in this moment where everybody is saying, “We want to diversify. We want to represent voices on stage that have been historically excluded and silenced.” And that is hard to do without significant investment in new work because historically the canon of plays that are available is largely white and largely male. So new work is required if that is the direction we want our industry to go. Playwrights need support if we want to bring new plays into the world.

There certainly have been companies in our area that have long been focused on new work, and I cannot ignore the Contemporary American Theater Festival in Shepherdstown, West Virginia.

For our workshop process, I’m explicitly saying to writers and agents “Give me the play that needs another couple drafts, that needs some time in the [rehearsal] room, the scripts that can benefit from this kind of development experience, that need one more draft before they’re in front of an audience, that there’s still space for them to shift and take shape.” Each of [the selected plays] has something that is a challenge, something frankly that we were intimidated by, which is always a good place to be in when producing theater.

Our two [repertory] productions [it’s not a trip it’s a journey and We declare you a terrorist…] were selected before I joined the staff [in January 2021], but the conversation we’ve been having around them, particularly producing them under changed circumstances, is that they both speak to so much of what Round House is about. Our job is theater for everyone, to start conversations, ask questions, and create empathy in our audiences and ourselves. Both of these plays tell stories, about stories, in ways that do all these tremendously well.

How else do it’s not a trip it’s a journey and We declare you a terrorist… speak to each other?

Something we’re trying to demonstrate throughout the festival is the breadth of what is going on in playwriting in America, here, today, right now. [These] are two very different plays in content, style, and tone, but they are both highly theatrical, especially in the productions we’re doing.

Ryan and Jared Mezzocchi, who are co-directing We declare you a terrorist…, are bringing a very rich blend of live film on stage, which the script fully supports. And then, in it’s not a trip it’s a journey, directed by Nicole A. Watson [Round House’s former associate artistic director], there’s so much room for physical imagination. We’ve got four people driving across the country in a car. So, what’s the car? What’s the trip? What are the roadside attractions they’re seeing? How all that gets brought on stage leaves so much space for imagination. These plays are showcasing in two different ways the outer edges of theatricality and what artists can make live on stage.

There’s also an idea we’ve been batting around about how they live together: We declare you a terrorist… starts with the political and shows how it’s personal, and It’s not a trip it’s a journey starts with the personal and then shows how that is ultimately political. That relationship is something I’m excited to get in front of our audiences.

What trends are you excited to see in contemporary playwriting?

As writers have turned to other media over the last two years, whether that’s writing in film or TV or exploring virtual theater, we’re seeing a lot more comfort with technology, incorporating cameras and projections and film in explosive ways.

Another theme I’ve been seeing more of is conversations about racial equity. Many playwrights, who are themselves bilingual, are interested in bringing their full linguistics selves on stage and less interested in accommodating an English-only audience, taking on this point that we are not an English-only country. Marvin González De León’s Madre de Dios in our workshop series is bilingual, Spanish and English.

We’re seeing writers take risks. We’ve seen a lot of creativity bottled up over the last few years, so writers are trying things that they otherwise wouldn’t. On the Far End is Mary Kathryn Nagle’s first solo play that she’s ever written. Adia and Clora Snatch Joy by Mfonso Udofia and Nehemiah Luckett is a musical, or a play with music — that’s an open question [laughs].

Another development is a wider and wider recognition that women’s emotions, especially women’s anger, have long been ignored but have a place in storytelling. Morgan Gould’s Jennifer, Who Is Leaving — and It’s not a trip it’s a journey — puts on stage an honest, justified expression of women’s anger.

We’re at this moment where folks who have either been forced or felt forced to keep their mouths shut for a long time are more and more comfortable speaking up. That’s great to see both on stage and off.

How will the festival involve audiences in the new-play development process?

I think DC audiences are some of the best and smartest, most incisive and demanding audiences I’ve ever worked with. That’s a great environment for new plays because audiences will shape what these plays become.

All of the workshops have a dramaturg working with the playwright, and each play gets two public readings with a work date between. After each reading, there will be a facilitated conversation with the audience to get some feedback. The playwrights’ involvement is going to be completely up to them. Some writers really love to engage in those conversations, others love being in the room during the conversations, and other writers are like “I’m going to leave. Just give me the headlines” [laughs].

It’s hard to make art without a level of vulnerability, but it’s rare, especially in playwriting, that an artist has to share a piece of their art before it’s finished. It can be, frankly, scary, harmful. For those in the room, the facilitated conversations have to start in a place of respect and empathy, which I have zero concerns about with our audience. It will be a very welcoming place. 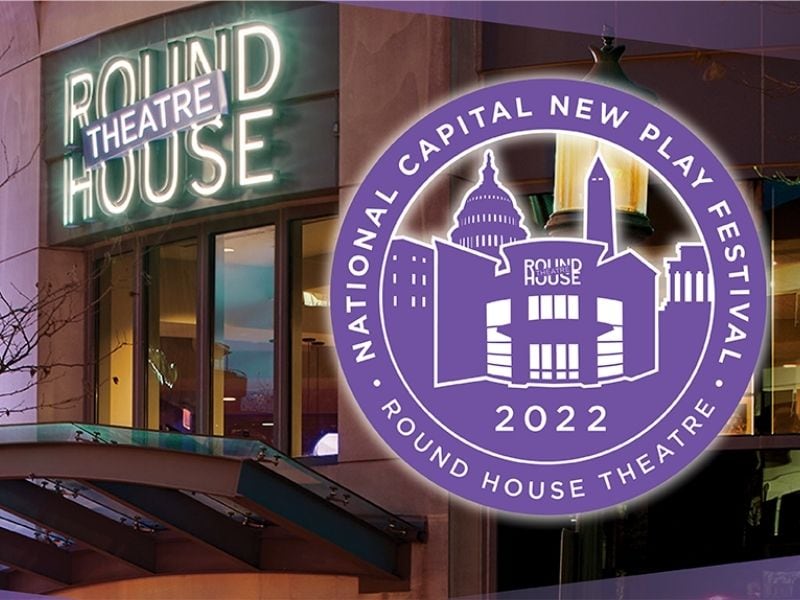 “We declare you a terrorist…” plays through May 8, 2022, at Round House Theatre, 4545 East-West Highway, Bethesda MD, in rep with It’s not a trip it’s a journey as part of the National Capital New Play Festival. Consult the Round House website for performance dates as well as for tickets ($55–$68).

COVID Safety: Patrons must present a photo ID and show proof that they meet the CDC definition of being fully vaccinated at the time of entry to into the theatre. Masks are required for all guests, regardless of vaccination status, except while eating or drinking in the lobby café area. The Round House Theatre complete COVID safety policies are here.