By popular demand, Pan Underground will throw the Red Bike Block Party again on May 21, 2022, at the Parks at Walter Reed — a one-day outdoor celebration featuring music, food, local vendors, and performances, all centered around an immersive reimagining of the play Red Bike by Caridad Svich. 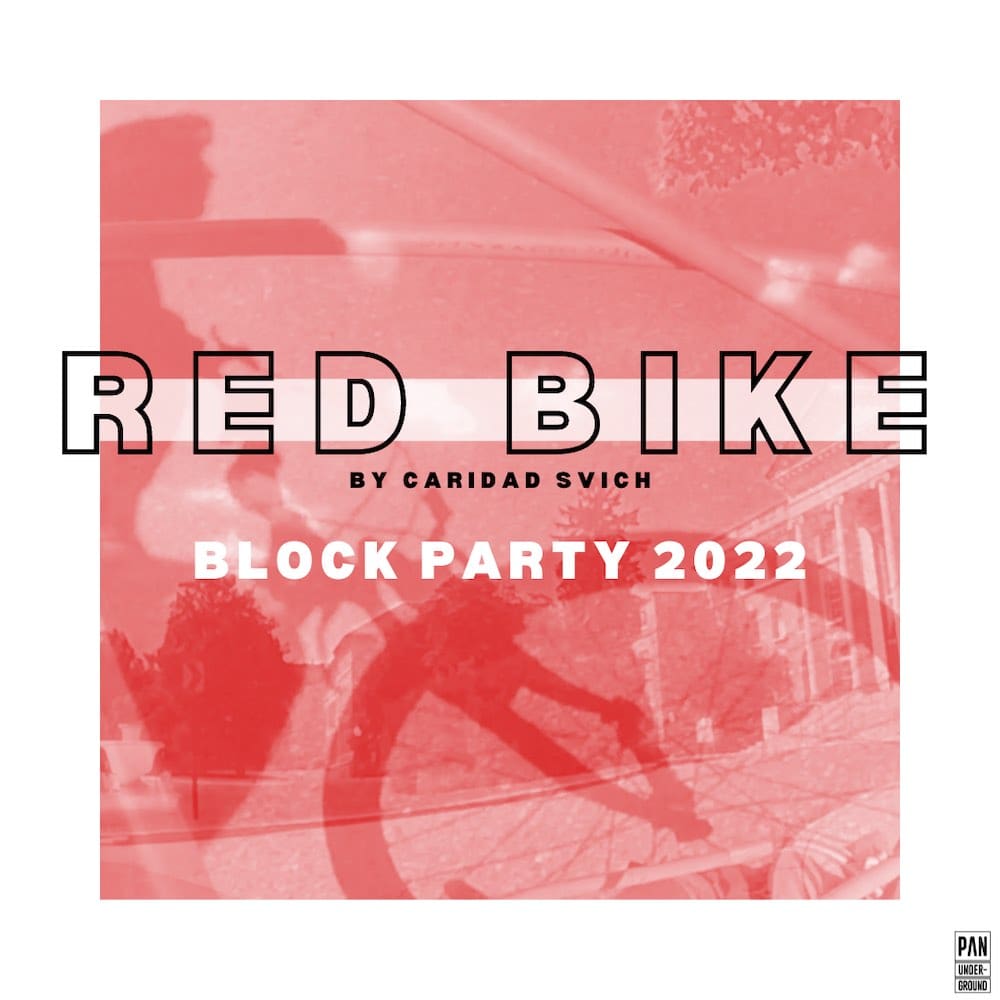 Following its fall 2021 regional premiere, Pan Underground will remount the celebration, adding to the event’s most popular elements while bringing together businesses and communities to celebrate and explore the most creative parts of the community. Lasting from 1 pm to 6 pm, the block party will include two performances of Svich’s Red Bike. The celebration is designed to encourage audiences to engage with the play on their own terms, with performances emerging out of the event, itself. Audience members will be free to sit, stand or move safely through the space during the show.

Red Bike is a play about being a child, growing up in small-town America and figuring out where you stand in a divided country. “I wanted to create a work that would uplift communities and people that are often historically excluded from the centrality of narratives,” shared playwright Caridad Svich of her inspirations for the play. In Red Bike, “the focus is on a child of the working poor, and how they navigate their life and try to keep hope, as a political action and faith, alive.”

“Staged on bicycle and reimagined as the centerpiece of a real celebration, this Red Bike puts attendees in the middle of a conversation between Svich’s writing and their own community,” said Executive Producer Pete Danelski. “Inviting audiences to engage creative work, without conforming to a traditional theater setting, is a way to democratize access to artistic experiences — that’s even more vital while we all continue reexamining our social relationships and interactions.” 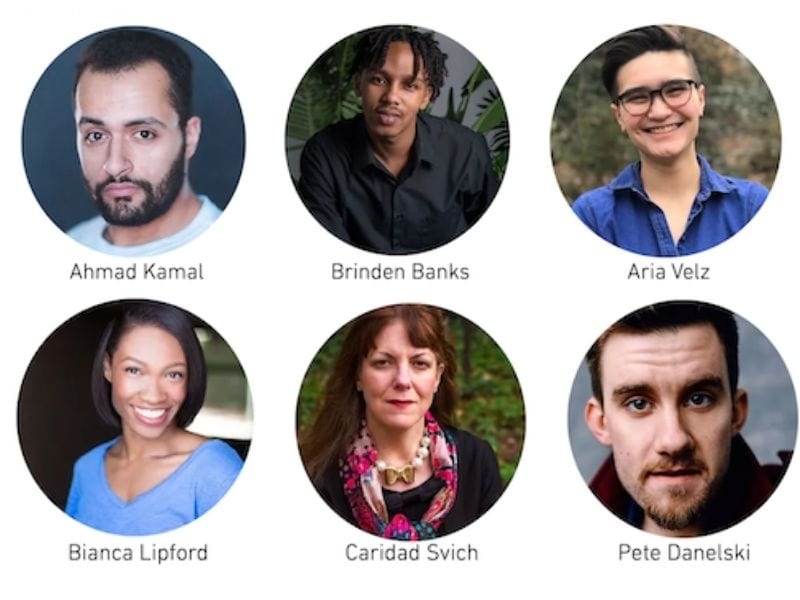 Red Bike will feature the work of Ahmad Kamal, and Bianca Lipford, with original audio direction by Aria Velz and installation direction by Pete Danelski. In addition, it will mark the debut of DC native Brinden Banks as The Child. Banks previously worked on Red Bike’s 2021 premiere as the Bike Coordinator. Along with new vendors, returning favorites include Tastie Muffs and Kymmy Wellness and Candles. Additional vendor and collaborator information can be found at panunderground.com as it is announced.

Red Bike’s original development was made possible by support from community partners including Gearin’ Up Bicycles, Upper Georgia Avenue Main Street and The Parks at Walter Reed, A Few Cool Hardware Stores, and Life Asset, with music curated for the event by 44:21. This broad coalition of support has ensured cross-sector community engagement and impact.

Pan Underground’s Red Bike gained local and national attention with articles in Washington City Paper, District Fray, and American Theatre Magazine (“Taking It to the Streets on a ‘Red Bike’” by Nicole Hertvik).

TICKETS
Multiple ticketing levels are available, including Pay-What-You-Can options. No one will be turned away for a lack of funds. Tickets are available through panunderground.com and will remain on sale through May 21.

Brinden Banks, in his acting debut, aspires to bring the vision of Red Bike to life through imagination and discipline to portray The Child. Brinden previously worked as Bike Coordinator on Pan Underground’s Red Bike (regional premiere).

Pete Danelski (he/him) is a director, producer, and creative facilitator, based in Washington, DC, making work all over. Pete creates theater and performance through a variety of means and forms. Directing, associate, and assisting credits include Folger Theatre, Theater J, Gallery Players, Rorschach, The Performance Interface Lab, Pennsylvania Shakespeare Festival Round House Theatre, and DeSales University. Original projects include The Lower Depths Project, woolgatherings, as well as Every Hour/Chekhov in 8 — developed with support of the Drama League of New York City. Pete co-adapted the first American adaptation of the Čapek brother’s Adam the Creator, which received a reading at the Embassy of the Czech Republic in 2019. Pete has developed work through a Kennedy Center Office Hours Residency. He is a 2019 Director-in-Residence with The Drama League of New York and a member of the Lincoln Center Theater Directors Lab. Pete is also founder and Executive Producer of Pan Underground. His writing has been published internationally in Shakespeare, the journal of the British Shakespeare Association. M.Phil., Trinity College Dublin.

Ahmad Kamal is so happy to be a part of this project with such a wonderful cohort of artists. Ahmad is a stage, film, and voice actor in the DC area. He has performed in numerous theaters around town and will be performing at the Folger Theatre this upcoming spring. Ahmad holds a BFA from the University of Virginia and an MA from Bristol Old Vic Theatre School.

Pan Underground is an independent production company specializing in work that challenges the way live theater is made and experienced. The company offers a platform for projects and artists creating unique ways to collaborate and connect through theater and performance.