You may have heard of the old folk song “The Ballad of the Iron Mountain Baby,” which tells the tale of a five-day-old baby thrown from a moving train, and then found and raised by an older couple. That tale is based on a true story and provided inspiration for Eddie Brickell and Steve Martin to collaborate on the 2013 bluegrass album Love Has Come for You, which ultimately inspired them to create the moving musical Bright Star.

The story is set in North Carolina’s Blue Ridge Mountains in the 1940s, with frequent flashbacks to 20 years earlier. The folk and bluegrass score was nominated for a Tony, won the Drama Desk Award, and was nominated for a Grammy when recorded to an album. And no wonder. With gorgeous harmonies and uplifting melodies, the songs carry the audience through the human emotions of love, loss, joy, and heartache.

Reston Community Players’ current production of Bright Star is showing through May 8 and has a strong cast with a live orchestra that breathes life into the story, with heart-wrenching pain and inspirational joy.

Director Richard Farrella, who also served as set designer, uses large A-frame structures that are moved around the stage to represent different locations to great effect. The setting is constantly changing from different residences, to a book shop, to a train, to an office. Building an elaborate set for each scene would present an issue with space and would drag down the pacing of the show with scene changes. Farrella’s design works wonderfully and the transitions from scene to scene are flowing, choreographed movements that dance the large structures into their new locations during the musical interludes.

The show begins with Alice Murphy played by Cody Boehm singing “If You Knew My Story,” where she alludes to a mysterious and painful past. There are two separate timelines in the show going simultaneously — with real-time events in the 1940s and flashbacks to when Alice was a young woman. As the story progresses, her history unfolds. Boehm is the heart of the show. Her presence and talent is unquestionable, and the power of her voice moved me to tears many times.

Billy Cane (Kyle Dalsimer) is a young man returning home from WWII only to learn that his mother passed away while he was fighting. His father, Daddy Cane (John Bordeaux), sings the beautifully remorseful “She’s Gone” and the two visit her grave. Dalsimer’s charming and honest portrayal makes him an instantly likable character.

Billy then visits his friend Margo Crawford (Maggie Lees). She runs a book shop and is obviously in love with the oblivious Billy. Lees is lovely and her pining looks and unflinching devotion to Billy are endearing. The two wrote frequently during the war and Billy would send her stories to edit for him, which Margo now believes are good enough to submit for publishing. With new confidence, Billy decides to go to Asheville and directly hand his work into the illustrious Journal, singing “Bright Star” in a plea for his hopes and dreams to be realized.

Asheville is where we meet current-day Alice, who is the stern, successful editor of the Journal. Her employees, Daryl (AJ Sultan) and Lucy (Mary Emma Kingsley), try to dissuade Billy from being too hopeful about success, only for Alice to take a liking to his boldness and agree to read his stories personally. Sultan and Kingsley provide a touch of comedic relief with their youth and sass.

After Alice turns down an invite from Lucy to go out dancing, she sings “Way Back in the Day” as she reminisces of a time when she would have loved to dance. Which takes her to a flashback where young Alice flirts with Jimmy Ray Dobbs (Fletcher Lowe) in her hometown. The two have an obvious chemistry and sing the playful, “Whoa, Mama.”

Once back home, young Alice is lectured by her religious, overbearing father, Daddy Murphy (Earle Greene), as they sing “Firmer Hand/Do Right,” which is a fun polyphony as Alice mocks her father’s preaching.

Jimmy gets his own taste of discipline from his father, Mayor Dobbs (Brian David Clarke), and his right-hand man, Stanford (Joey Olson). The Mayor sings “A Man’s Gotta Do” as he barks about family duty and status. Clarke is the irrefutable villain, whose cold, sharp-tongued harshness, coupled with Olson’s drawling, southern sarcasm, is a sharp contrast to Lowe’s sincere and affectionate Jimmy.

Fast forward to the ’40s, Alice buys one of Billy’s stories compelling him to move to Asheville to focus on his writing. Upon hearing the news, Margo is unwaveringly supportive. But after Billy leaves, she sings “Asheville,” a bittersweet song where she wishes the best for him but begs that “if it don’t work out” he will come back home to her. Lees exudes the internal pain of a woman in love, selflessly supporting her love to a success that could take him from her.

Back in the ’20s, Alice and Jimmy sing “What Could Be Better” as they sneak away for privacy and make love. The coupling naturally results in a pregnancy. But the love birds are ecstatic about the news, singing “I Can’t Wait.” Lowe and Boehm create the picture of genuine love and devotion, and their voices blend together beautifully.

The reaction of the adults is far from supportive and the Mayor, Stanford, and Alice’s father agree to hide her in a cabin during the pregnancy and then put the baby up for adoption. Alice and her mother (Donna D Davis) discover the plan shortly after the baby’s birth and plead with the men in “Please, Don’t Take Him.” Still, the baby is forcibly removed and the Mayor takes the baby on the train, under the guise of delivering him to the adoptive family. Only to then toss the baby from the train into a river, insisting to himself that he is doing “what a man has to do.”

The material takes you on an intense roller coaster of highs and lows, and that is only the first act. Assistant Director/Vocal Director Holly Kelly and Music Director Josh Cleveland have done an impressive job taking the award-winning music and presenting it with such skill and near perfection. The second act is full with even more high-energy, gut-wrenching songs that pull the heartstrings.

A favorite of mine, and a respite from the drama, is “Another Round” sung by Lucy, Darryl, and Billy when they decide to have a night out and Billy has his first taste of alcohol. The raucous party is pure fun and a highlight of Choreographer Paige Wakefield’s work.

But “At Long Last” is an absolute showstopper. Led by Alice, the song grows and builds into an explosion of emotion that is palpable and real.

Reston Community Players’ production of Bright Star is a resounding success. With a fantastic cast, headed by Cody Boehm whose voice brings chills, tears, and pure admiration.  The material alone is unique and powerful. But RCP has breathed life into their work and presents an experience that will fill the heart to overflowing.

Many congratulations to the cast and crew on a job well done that is sure to be talked about for years to come. 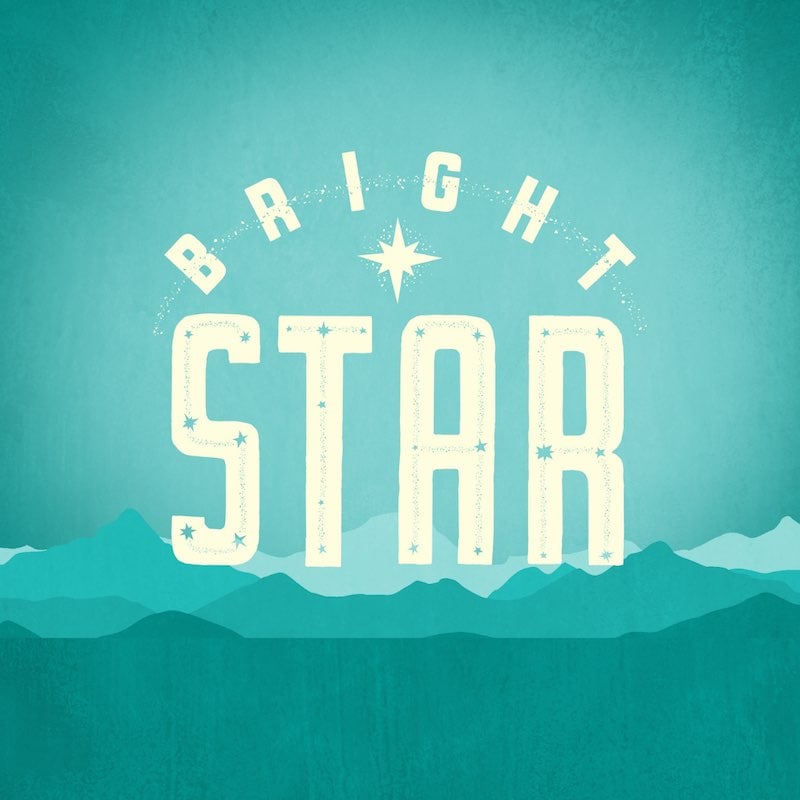 COVID Safety: Masks covering mouth and nose are to be worn by all persons while inside Reston Community Center regardless of vaccination status, per Fairfax County Government. Reston Community Players’ complete COVID-10 Policies and Protocols are here.