Dust off your wands and brush up on your spells with the return of Potted Potter – The Unauthorized Harry Experience – A Parody by Dan and Jeff. The New York and West End smash hit, serving you seven books in seventy minutes, will apparate to Sidney Harman Hall from June 29 through July 17, 2022. 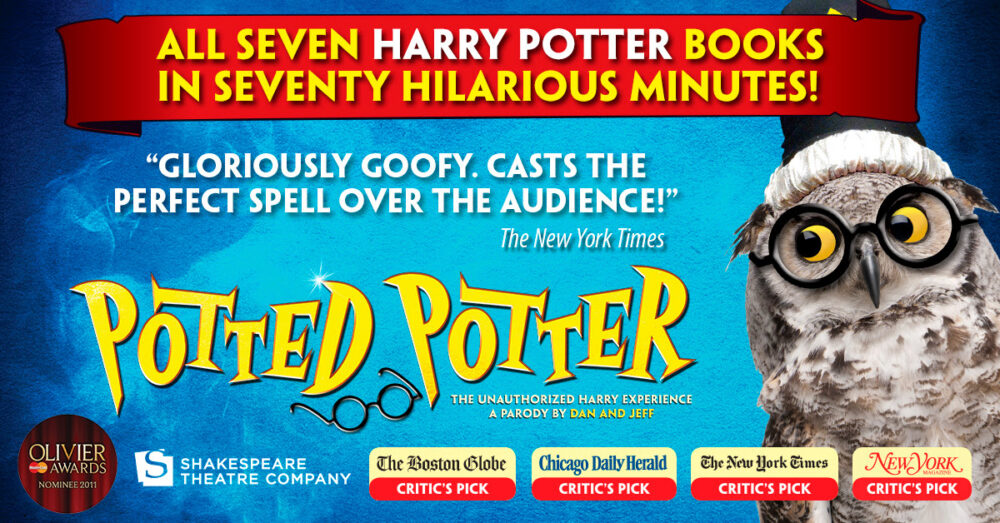 This fantastically funny show has played to sold-out houses all over the world, garnered rave reviews, and been awarded the Critics’ Picks from the New York Times, New York Magazine, Time Out London, Boston Globe, Chicago Daily Herald, and the New York Post. Even if you don’t know the difference between a Horcrux and a Hufflepuff, Potted Potter will make you roar with laughter and is the perfect family fun for ages six to Dumbledore (who is very old, indeed).

“This is our fourth foray into the madcap world of Potted Potter,” said STC Artistic Director Simon Godwin. “We are excited to welcome back this exuberant troupe of wizards and witches. No matter if you’re magical or muggle, this show is the uproarious fun we all need this summer.”

See the show that has charmed audiences and critics around the world:

“GLORIOUSLY GOOFY…Casts the perfect spell over the audience.” –The New York Times