“Reflective of our shared experience, our 2022/23 Season is one of surviving and thriving,” said Smith. “It’s an affirmation of community bonds and identities, which keep us going, not just every day, but during the most complex of times. The work you will see on our stages are a mix of classic and modern, comedy and drama, musicals and music-filled, and all the absolute best in their classes.” 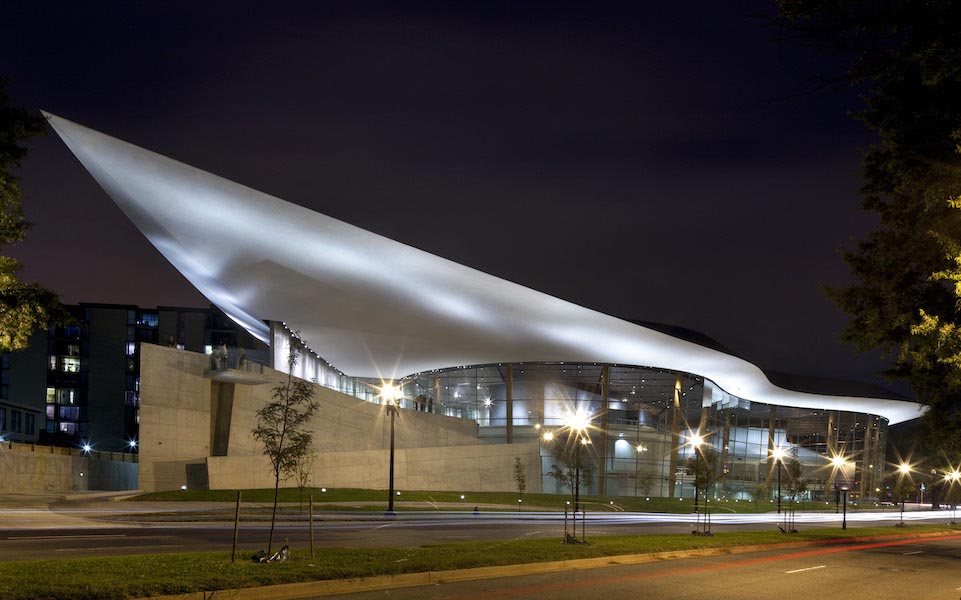 The season will kick off in July with the groundbreaking world-premiere musical American Prophet. Created by Arena favorite Charles Randolph-Wright (Arena’s Born for This: The BeBe Winans Story, Broadway’s Motown the Musical) and Grammy Award winner Marcus Hummon (“Bless the Broken Road”), American Prophet is powered by Douglass’ own speeches and writings and filled with soaring new melodies. Cornelius Smith Jr. (ABC’s Scandal, All My Children) will star as the fierce abolitionist.

“Arena Stage has been my artistic home for over 20 years,” said Randolph-Wright, when he accepted the American Artist Award from Arena Stage earlier this year. “I am proud to be part of a theatre that has been diverse and inclusive since its inception; it’s a place that has emboldened me to try any and everything.” 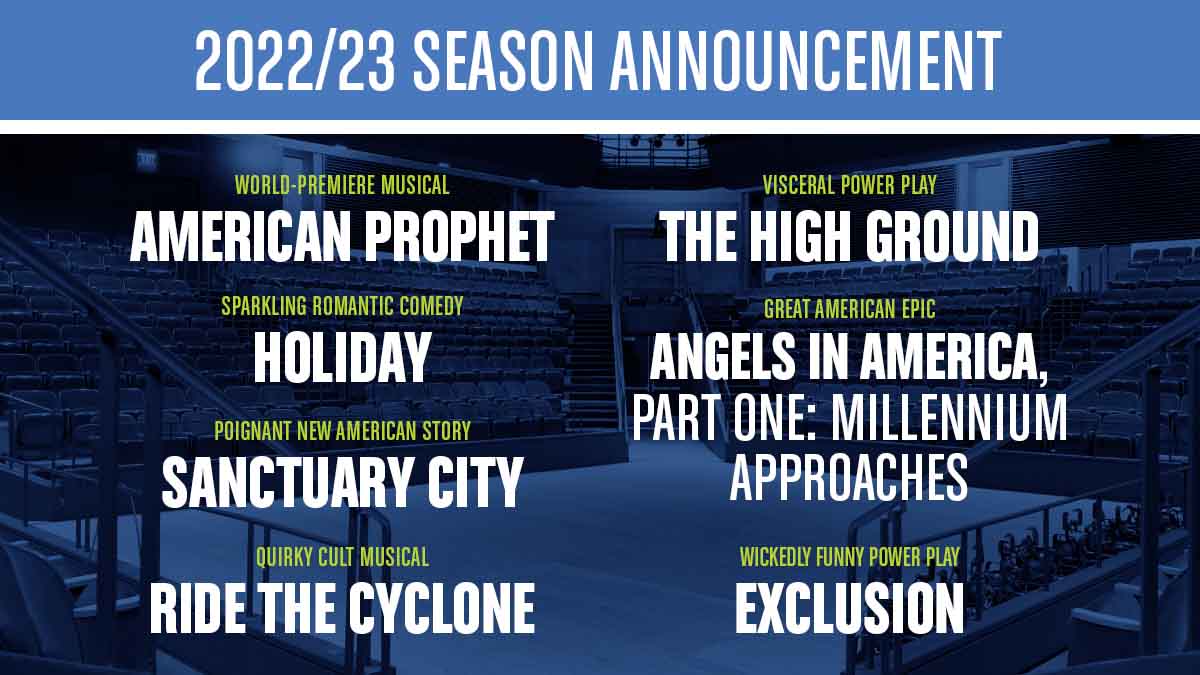 Charles Randolph-Wright (Arena’s Born for This: The BeBe Winans Story, Broadway’s Motown the Musical) returns to Arena Stage with a groundbreaking musical powered by Frederick Douglass’ own speeches and writings. Coupled with soaring new melodies and an original script from Grammy Award-winning songwriter Marcus Hummon and Randolph-Wright, Douglass rises as a fierce abolitionist and distinguished orator. Filled with an electrifying new score, this world premiere celebrates the revolutionary legacy of one of history’s first freedom fighters, whose fire is needed now more than ever.

An up-and-coming Wall Street lawyer from a working-class family aspires to quit and enjoy life once he’s made enough money, a prospect that doesn’t thrill his well-born fiancée but excites her more unconventional sister. Can his dreams survive his soon-to-be bride’s narrow view of affluence? Opposing societal hierarchies and differing views of success confront each other in this timely commentary on how to pursue a life worth living. This classic romantic comedy set in the 1920s became a beloved 1938 film starring Cary Grant and Katharine Hepburn.

Pulitzer Prize winner Martyna Majok brings us the powerful story of two young DREAMers who fight to establish a place for themselves in America, the only country they know as home. Poignant, timely and highly theatrical, Sanctuary City illuminates the triumphs and challenges these lifelong friends face, and how much they are willing to risk for each other when they have everything to lose.

Part comedy, part tragedy and wholly unexpected, this wildly imaginative story delivers surprises at every turn and is destined to become a cult musical. The lives of six teenagers from a Canadian chamber choir are cut short in a freak accident aboard a roller coaster. A mechanical fortune-teller invites each to tell their story of a life interrupted, offering the chance to come to terms with their fates. At once quirky and smart, edgy and beautiful, Ride the Cyclone ultimately reveals the resilience of the human spirit in spite of senseless tragedy.

The High Ground
By Nathan Alan Davis
Directed by Megan Sandberg-Zakian
In the Arlene and Robert Kogod Cradle | February 10 ­– April 2, 2023

A Black man in an army uniform stands his ground atop Tulsa’s Standpipe Hill, bearing witness to the destruction and desecration of Tulsa’s Greenwood District — but other forces, both friendly and hostile, conspire to remove him. A play in conversation with Tulsa, Oklahoma’s 1921 race massacre, The High Ground offers a complex portrait of what it means to bear witness, to resist and to move forward from devastation.

Angels in America, Part One: Millennium Approaches
By Tony Kushner
Directed by János Szász
In the Fichandler Stage | March 24 ­– April 23, 2023

Tony Kushner’s Pulitzer Prize- and Tony Award-winning drama Angels in America is one of the great epic American plays of this past century. We meet Louis and Prior and Harper and Joe, two couples whose relationships are on the rocks; the former because of Prior’s AIDS diagnosis and Louis’ inability to cope with illness, and the latter because of Joe’s closeted homosexuality and Harper’s incessant fears and hallucinations. The brilliant Hungarian director and filmmaker János Szász will stage Angels in America, Part One: Millennium Approaches in-the-round 30 years after its Broadway premiere.

A reluctant historian is thrown out of her element when her acclaimed book about the Chinese Exclusion Act of 1882 is optioned by a larger-than-life Hollywood mogul with a track record for making smash-hit TV shows. The professional bleeds into the personal when she finds herself weighing the historical facts against her own awakening ambitions. In a hilarious workplace comedy with teeth, tensions rise and deals are made during an awards ceremony in a twist you won’t see coming.

*Plays, artists, and dates are subject to change.

Subscription packages are now on sale and may be purchased by visiting arenastage.org/subscribe or by calling the Arena Stage Sales Office at 202-488-3300 or by. Sales Office hours are Tuesday through Sunday from noon until 8 p.m.

American Prophet is the recipient of an Edgerton Foundation New Play Award.

The High Ground is the recipient of an Edgerton Foundation New Play Award.

Arena Stage at the Mead Center for American Theater, under the leadership of Artistic Director Molly Smith and Executive Producer Edgar Dobie, is a national center dedicated to American voices and artists. Arena Stage produces plays of all that is passionate, profound, deep and dangerous in the American spirit, and presents diverse and ground-breaking work from some of the best artists around the country. Arena Stage is committed to commissioning and developing new plays and impacting the lives of over 10,000 students annually through its work in community engagement. Now in its eighth decade, Arena Stage serves a diverse annual audience of more than 300,000. arenastage.org