A surge of barely contained excitement washed over the audience as those first few iconic notes of “Rhythm Is Gonna Get You” blared to life. When Gaby Albo took the stage, it was as if we were watching Gloria Estefan, the legend herself, perform. Albo’s electrifying presence filled the room as her energetic performance perfectly set the tone for what would be the next two hours of captivating performances and cathartic storytelling.

On Your Feet! La historia de Emilio y Gloria Estefan !En Español! captures the awe-inspiring legacy of Gloria and Emilio Estefan. GALA Hispanic Theatre’s completely Spanish rendition of the 2018 Broadway musical, directed and choreographed by Luis Salgado, managed to perfectly recount the couple’s hard-fought rise to fame as their band, the Miami Sound Machine, became the first Latin-inspired band to cross over to mainstream pop success in the United States.

The musical wastes no time captivating its audience. The opening scene encapsulates the brilliance of the entire show as Albo’s stunning vocals and dazzling stage presence are immediately on full display. Her performance as the magnificent Gloria Estefan was a wonder throughout the entire show. Albo perfectly portrayed the star’s thrilling journey to fame, seamlessly capturing her charisma and determination as well as her otherworldly stage presence and killer voice.

As the scene transitions into a short exchange between Gloria, Emilio (Samuel Garnica), and their son Nayib (Winsley de Jesús), the sheer chemistry among the cast is highly apparent. The three easily bounce off one another, resulting in a convincing and heartwarming portrayal of the love they have for one another, a kind of overwhelming chemistry that would continue to shine through as the show went on.

The supporting cast of On Your Feet! also delivered equally strong and compelling performances. Fran Tapia and Madelin Marchant, who played Gloria’s mother and Grandmother, Gloria Fajardo and Consuelo respectively, worked excellently together in their portrayal of the mother figures in Gloria Estefan’s life. While their characters were strong complements to the story of the primary focus of the show, Gloria and Emilio Estefan, they were also able to undeniably hold their own as fully fleshed-out characters for the audience. 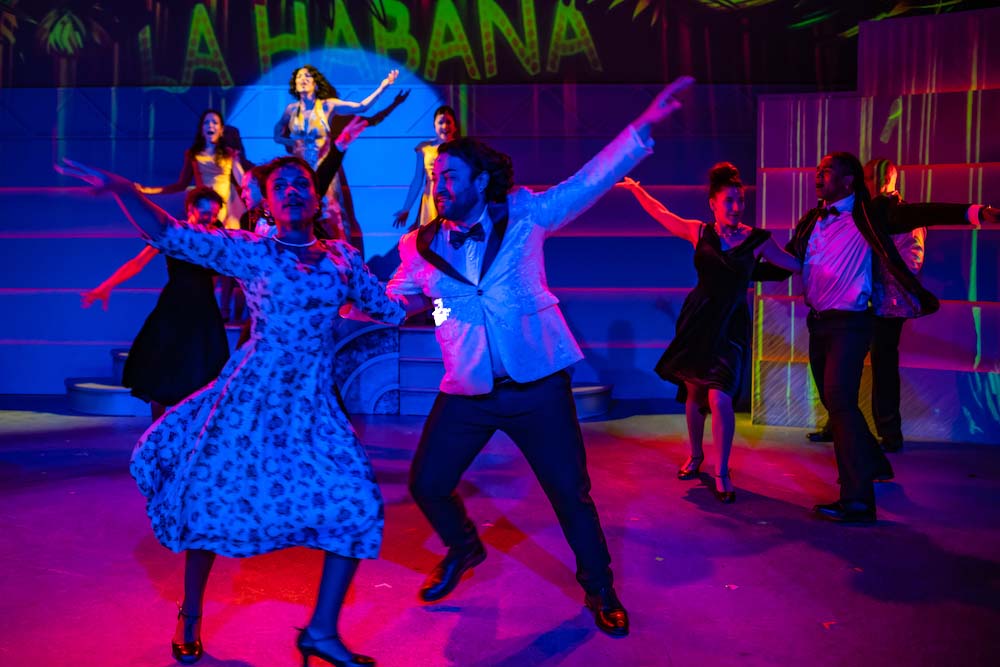 In her showstopping performance of “Mi Tierra,” Tapia delivered her lines with immeasurable fervor and grace. She stunned the audience with her breathtaking vocal performance and stage presence, while also maintaining their complete interest in the backstory of her own character. Like her, many of the other cast members delivered wonderfully charismatic and vocally thrilling performances that kept the audience invested and served to fortify the strength of the show and its emotional impact.

Due to the undeniable strength of its cast, the show does an excellent job of showcasing the highs and lows of Gloria Estefan’s rise to fame. In its entirety, On Your Feet! is a rather joyful experience filled with countless moments of laughter and cheer. The audience cannot help but celebrate alongside Gloria and Emilio as they are finally able to carve their way onto the U.S. music scene. However, alongside these cathartic and joyous moments also come low moments of conflict and despair. Whether it be Gloria’s conflict with her mother or the journey toward recovery following her accident, the cast maintains their strong portrayals of their characters.

While the musical was performed almost entirely in Spanish (with screens on either side of the stage providing English subtitles for non-Spanish speakers in the audience), the sheer power and emotional weight of every scene and musical number were not lost. Each cast member gave it their all, resulting in poignant performances that transcended any potential language barriers. The undeniable power of the cast’s performances left the audience, even non-Spanish speakers like me, hanging onto every word, purely captivated by the world created on the stage.

The performances of the cast and the compelling narrative of On Your Feet! were definitely high points of the night. However, these elements were complemented, and arguably enhanced, by the captivating dance and musical performances throughout the show’s duration.

Walter “Bobby” McCoy’s musical direction was exceptional as the musical elements of the show, paired with the wonderful sound design of Matthew Rowe, were immaculately crafted. The sheer amount of care and time that went into the music behind each scene was clear as each note paired perfectly with the action on stage. Salgado’s choreography was fluid and energetic, adding an additional layer of life to the already electrifying musical performances.

In tandem with the musical and performance elements of the show, the light and staging design of On Your Feet! also added to the show’s interest. The lights (Christopher Annas-Lee) and projections (Patrick Lord) transport you into each scene, enhancing that electric feeling of every musical number and allowing the audience to feel as if they were actually watching Gloria Estefan perform. Jeannette Christensen’s dazzling costumes added flair.

On Your Feet! was a brilliant glimpse into the journey of Gloria and Emilio Estefan. The great care that went into the show’s production really shined through as it delivered a heartwarming story, captivating performances, and electrifying beats that would leave the audience dancing along as the cast gave their final bows.

Running Time: Two and a half hours, plus a 20-minute intermission. 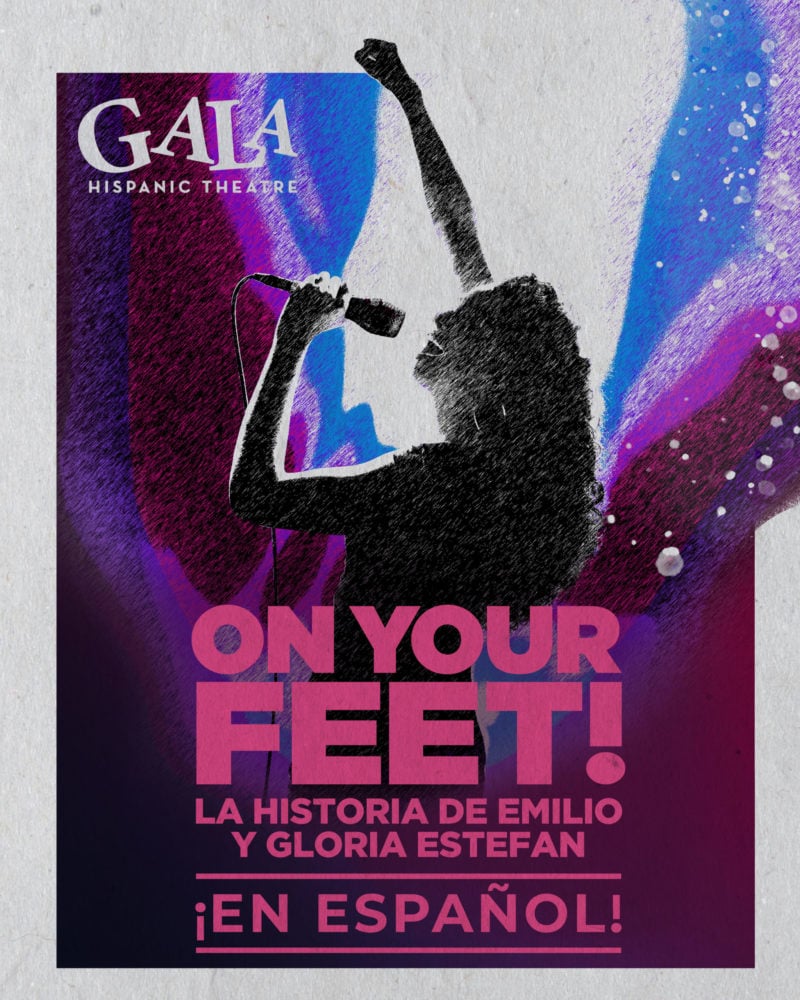 A PDF of the On Your Feet! program is available for download here (scroll down; it’s near the bottom of the page).

SEE ALSO:
Gloria Estefan talks ‘On Your Feet! en español’: A story of love, family, and the American dream (interview by Nicole Hertvik)